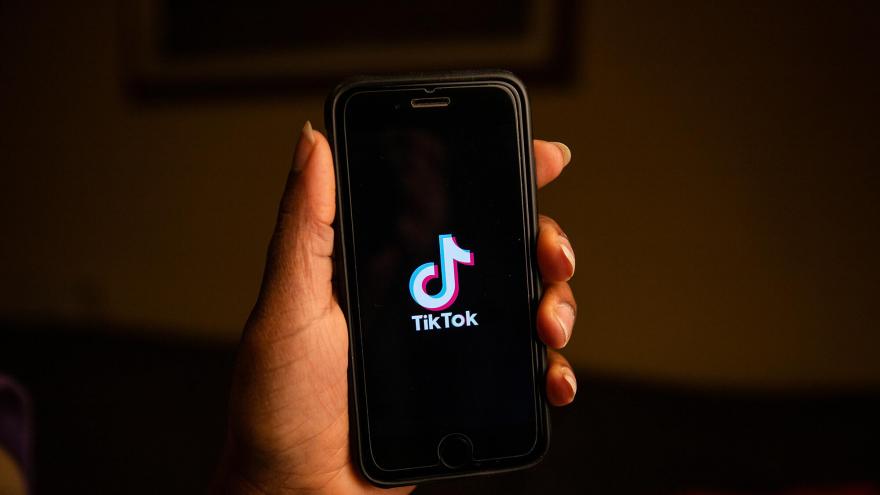 President Joe Biden revoked a series of executive orders signed during the Trump administration targeting TikTok, WeChat and other Chinese apps, and replaced them with a new executive order addressing apps linked to foreign adversaries, including China.

(CNN) -- President Joe Biden on Thursday revoked a series of executive orders signed during the Trump administration targeting TikTok, WeChat and other Chinese apps, and replaced them with a new executive order addressing apps linked to foreign adversaries, including China.

Thursday's order is aimed at protecting Americans' personal data, according to a White House news release, and orders the Commerce Department to develop criteria for assessing potential national security risks associated with apps that are "owned, controlled, or managed by persons that support foreign adversary military or intelligence activities, or are involved in malicious cyber activities, or involve applications that collect sensitive personal data."

The Wall Street Journal first reported on the orders.

The announcement highlights how the Biden administration shares many of the same national security concerns as the Trump administration regarding Chinese-made mobile apps, even as Biden withdraws the specific orders targeting individual companies.

In the past year, policymakers across Washington have raised concerns that app makers with ties to China could be forced by Beijing to hand over their customers' personal information. Some US lawmakers have suggested that China could seek to exercise influence over popular apps like TikTok to spread disinformation or engage in censorship. TikTok declined to comment.

TikTok's parent company, ByteDance, is based in China. Last year, the Trump administration sought to force ByteDance to spin off TikTok into a new company owned primarily by US investors. He also signed an executive order that led to the Commerce Department seeking a ban of TikTok from US-based app stores. But those efforts stalled amid litigation over the legality of Trump's executive actions.

For months, TikTok has been negotiating with the Committee on Foreign Investment in the United States, a multi-agency national security panel, on ways it could secure the data of US users.

The Biden administration's new executive order does not affect those negotiations, which are a separate process, according to a person familiar with the matter.

Wednesday's order also instructs the Commerce Department to draft a report with recommendations on how to safeguard Americans' personal data, including their genetic data, as well as a second report containing additional policy proposals.

A memo describing the order that was circulated by the Commerce Department and obtained by CNN specifically says that apps that are made by those subject to Chinese law are covered under the order.

"The Biden Administration is committed to promoting an open, interoperable, reliable and secure Internet, protecting human rights online and offline, and supporting a vibrant, global digital economy," the memo reads. "Certain countries, including the PRC, that do not share these democratic values seek to leverage digital technologies and Americans' data in ways that present unacceptable national security risks while advancing authoritarian controls and interests. Through this E.O. the United States is taking strong steps to protect Americans' sensitive data from collection and utilization by foreign adversaries through connected software applications."