Principal to take his entire school to see Black Panther 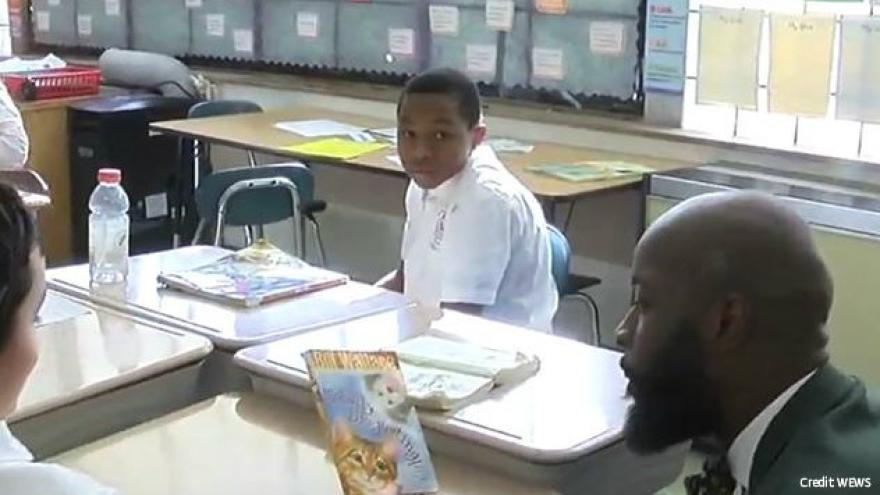 Cleveland, Ohio (WEWS) -- The highly anticipated Black Panther movie is just one week away and it's causing a buzz at one Northeast Ohio school.

The blockbusters have already set ticket presale records, one reason for that is schools and other groups plan to take kids in droves.

The national trend is even catching on here in Cleveland.

He is joining the movement, taking his entire school to the movies.

“This movie couldn’t have come at a more opportune time for our young men,” he said.

Gino Martin, Lavelle Rean, and the rest of the school that’s pre-k through eighth grade will head to the movies at the end of February.

“I just like how it, they finally got a black person in a movie,” said Rean.

“Most kids doubt themselves, so seeing an African American man in a movie as the star character it’ll probably show kids, ‘you can do it.”

And that’s the whole idea.

“I think the subliminal [messages] of the film are just as important than the literal sense of what’s going on, so I think that there’s a sense of urgency,” said Principal Mitchell.

He said most of his kids, rarely go to the movies, let alone see role models and heroes who look like them.

The school is completely paying for the trip, students' families are also invited. They join the national effort, #blackpantherchallenge, encourage people to take as many African American kids to see the film as possible.