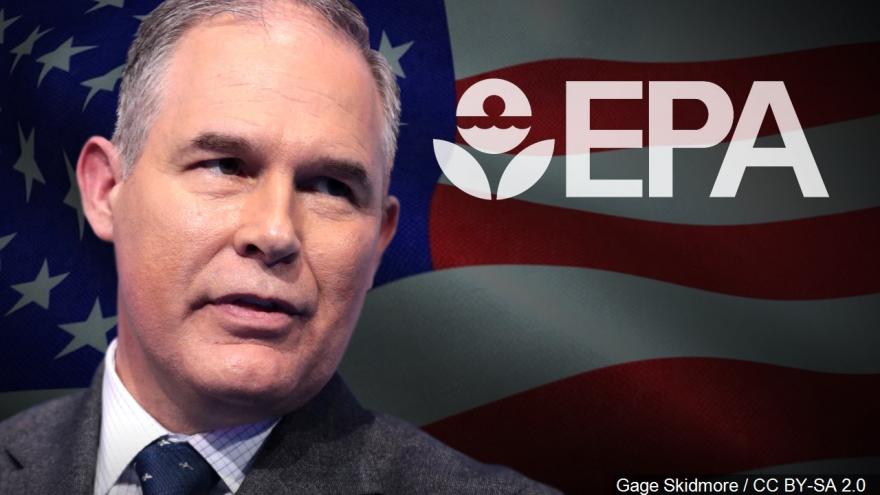 The findings provided some of the first strong support by investigators of the series of ethics allegations that led to Pruitt's resignation last July. The EPA had ended some previous investigations Pruitt, saying his resignation had made it impossible for investigators to interview him.

The travel questioned by the watchdog office included $16,000 in premium-class travel to Morocco and repeated trips to Pruitt's hometown of Tulsa, Oklahoma.

Calls to an Oklahoma number for Pruitt went unanswered Thursday.

Pruitt previously had denied allegations that he indulged in fancy goods and travel at government expense and abused his office to gain sports tickets and other favors for himself and his family.

The EPA said in a statement that it believes the premium-class travel was warranted and allowed by the rules and that reimbursement would be "inappropriate."

The inspector general looked at 40 trips, including six that were canceled, at a total cost of $985,000. The total included $430,000 for travel by Pruitt's security detail alone. Pruitt was the first EPA chief to require permanent round-the-clock protection. The agency failed to provide evidence of security threats warranting them to travel in premium class with him, Thursday's report concluded.

Investigators also recommended that the EPA tighten its travel procedures to guard against any fraud and wasteful spending.

Two Democratic senators pushing hardest for investigations of ethics allegations involving Pruitt and other members of President Donald Trump's Cabinet urged the administration to increase oversight of travel and "take every step needed" to try to recover the money.

"The American people deserve to know that those holding the highest offices in our land are not only held to the highest standards, but are also being good stewards of taxpayer dollars," Sens. Tom Carper of Delaware and Sheldon Whitehouse of Rhode Island said in a statement.