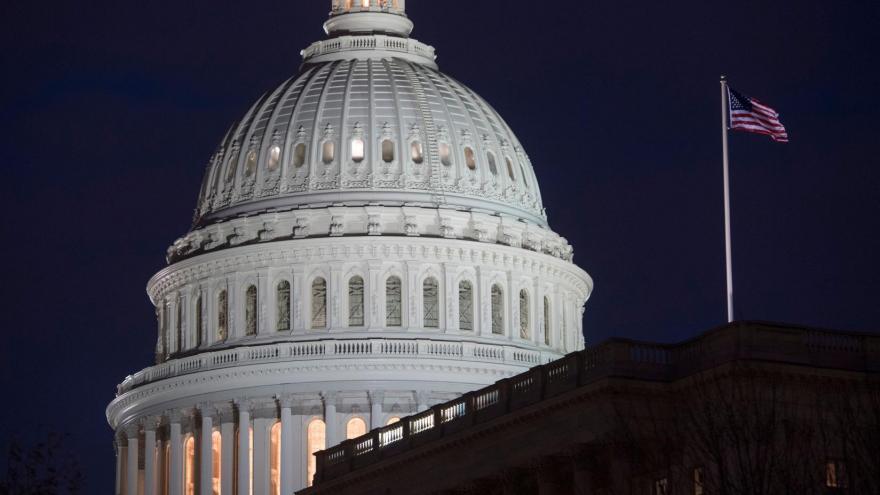 Liberal House Democrats are pleading with Vice President Kamala Harris to ignore the ruling of the Senate's parliamentarian and decide that the $15 federal minimum wage can stay in the Covid relief package during Senate floor debate this week.

(CNN) -- Liberal House Democrats are pleading with Vice President Kamala Harris to ignore the ruling of the Senate's parliamentarian and decide that the $15 federal minimum wage can stay in the Covid relief package during Senate floor debate this week.

Such a move has not been employed since 1975 -- and taking that tack would generate pushback from senators from both parties who say relying on advice of the parliamentarian is paramount to maintaining order in the Senate. Moreover, the White House has been leery of taking that step, which would also generate staunch opposition from key centrist Democrats like Joe Manchin of West Virginia and risk tanking the underlying $1.9 trillion relief bill.

But the demand underscores the pressure on President Joe Biden from his progressive base to do everything he can to fulfill a vow he made to voters.

Rep. Ro Khanna, a California Democrat, and 22 of his colleagues have signed a letter arguing that Biden must keep his campaign promise to raise the wage during a painful time for the most vulnerable Americans.

"For the last twelve years, working Americans have struggled to get by under a federal minimum wage that remains stuck at $7.25 per hour," says the letter to Harris, who can preside as the president of the Senate. "Since its establishment in 1938 as part of the New Deal, the federal minimum wage has never gone this long without a boost. ... The disparate impact is even starker among Black and Brown workers, who make up only a thirty-six percent of the hourly workforce yet work in nearly half of all jobs earning less than $15 per hour."

Yet the chances of the wage hike being sent to Biden's desk are extremely slim. The Senate's parliamentarian, Elizabeth MacDonough, ruled last week that the plan is extraneous and falls outside the scope of the strict budget rules Democrats must follow if they want to use a process allowing them to pass the $1.9 trillion bill with 51 votes in the chamber.

On Sunday, Democrats dropped the idea of advancing an alternative wage plan that they struggled to finalize amid questions within their caucus about how it would be structured. That means the only chance to get a wage hike onto Biden's desk is through regular order, which would require 60 votes in a 50-50 Senate where Republicans are overwhelmingly opposed to such a plan.