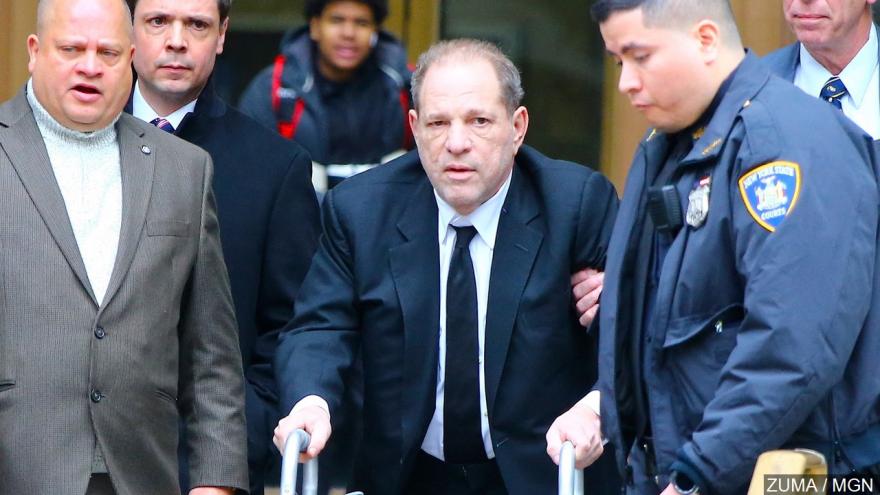 (CNN) -- The prosecution has rested in Harvey Weinstein's rape and sexual assault trial after six women provided graphic testimony about his unwanted sexual attacks and advances.

Over the past two weeks, prosecutors said Weinstein was a powerful movie producer who used that power to prey on young, inexperienced women hoping to establish their movie careers.

Weinstein is charged with five counts, including rape, criminal sexual act and predatory sexual assault, which is punishable by up to life in prison. The charges are based on Miriam Haley's testimony that Weinstein forced oral sex on her in 2006 and Jessica Mann's testimony that he raped her twice during an abusive relationship.

In addition, "The Sopranos" actress Annabella Sciorra testified last week that Weinstein raped her in the winter of 1993-94, which is relevant to the predatory sexual assault charges. Three other women testified as so-called "prior bad acts" witnesses as prosecutors sought to show that Weinstein had a pattern of sexual abuse.

Weinstein's defense has argued that the sexual encounters were consensual, and as evidence, they have pointed to friendly messages that the women sent to Weinstein after the alleged attacks.

"I love you, I always do. but I hate feeling like a booty call. :)" Mann wrote in a message in February 2017, four years after the alleged rape.

To combat that point, a forensic psychiatrist testified for the prosecution that it was a "rape myth" that victims of sexual violence behave a certain way. Some victims continue to interact with their abusers afterward, Dr. Barbara Ziv testified.

Indeed, Mann testified that the 2017 message does not prove the attack didn't happen.

"I know the history of my relationship with him. I know it is complicated and different but it does not change the fact that he raped me," she testified.

Weinstein's attorneys closely cross-examined each of the women about what the attorneys say are inconsistencies in their stories. Mann's cross-examination spanned three days of court and had to be stopped at one point when she had a panic attack on the witness stand.

His defense can now call its own witnesses. Weinstein is not expected to testify.