Prosecutor demoted for moonlighting as DoorDash driver during work hours 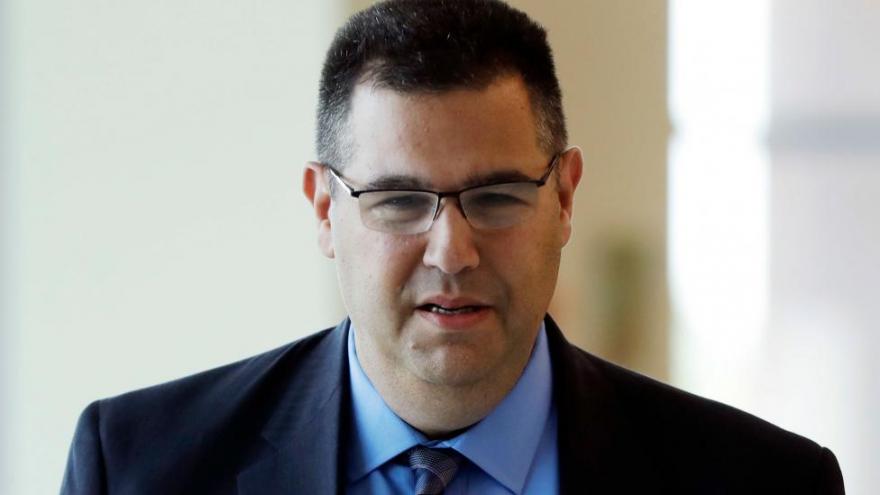 A prosecutor in Pennsylvania is demoted for moonlighting as a DoorDash driver during work hours. Gregg Shore is seen here leaving a court hearing on September 7, 2017.

(CNN) -- A prosecutor in Pennsylvania has been demoted after staff members in the district attorney's office learned he was working as a DoorDash food delivery driver during office work hours, according to Buck's County District Attorney Matt Weintraub.

"The move comes after the office's attorney staff learned recently that Shore, a salaried employee, 'demonstrated very poor judgment' by working a side job delivering food for DoorDash and did so, at times, during normal business hours," Weintraub said.

In a statement of his own, Shore said that because of his "personal circumstances," there were times he "worked a second job delivering food during the COVID pandemic."

"I primarily worked the job at night and on weekends. However, I made the incredibly poor decision to deliver during the workday at times," Shore said.

"In doing so, I realized I betrayed my boss, my colleagues, and most importantly the citizens of Bucks County," Shore said.

Weintraub said that as a prosecutor, it is "our duty to consider the whole person, not just the offensive conduct, and to recognize the importance of redemption and second chances."

"While he has no excuse for his conduct, I also note that as an attorney who is always 'on-call,' even during nonworking hours as the job dictates, that there was never a lapse in Gregg's availability to us when called upon," Weintraub said of Shore.

Weintraub said Shore worked for the Bucks County District Attorney's Office from 1996 to 2000 and returned in 2015. He also worked at the Lehigh County Prosecutor's Office and the Pennsylvania Office of the Attorney General.

Jennifer M. Schorn, who currently serves as chief of trials and chief of the grand jury division in Buck's County, will be promoted to Shore's former post, the DA's statement said.