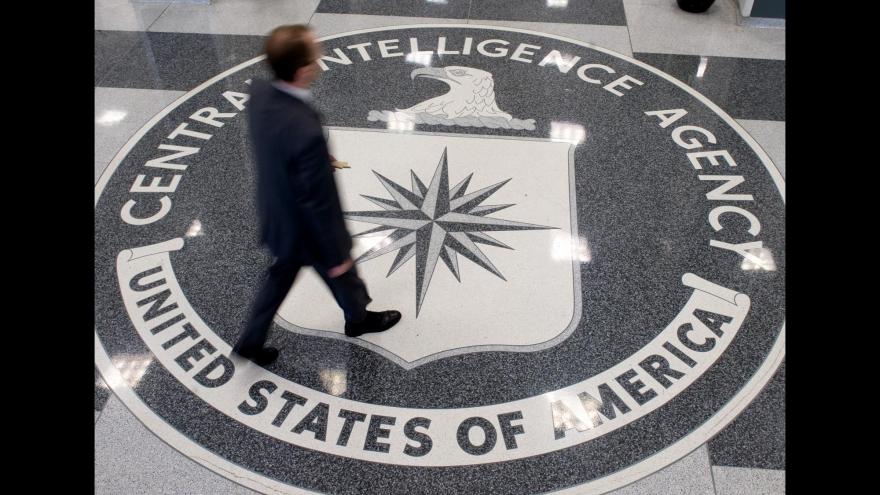 A former Drug Enforcement Administration spokesman who posed as a covert CIA operative in an alleged fraud scheme has kept a similar operation going for two months after pleading guilty, federal prosecutors say.

Garrison Kenneth Courtney pleaded guilty in June to conning at least a dozen unidentified public officials and duping companies out of millions of dollars after convincing them he worked for the CIA as an undercover agent.

Prosecutors want his bail revoked as he awaits his sentencing, saying he's continued his fraudulent efforts.

"The government has received compelling evidence showing that even after his guilty plea, Courtney has persisted in a variation of his fraudulent scheme, by continuing to pose falsely as a government official within the United States intelligence community involved in a supposed classified program," prosecutors with the Eastern District of Virginia wrote in a request to the court Tuesday.

Courtney, 44, falsely claimed to companies that he was a secret agent on a classified US defense and intelligence "task force" that was established by top government officials to support special operation forces in Africa, according to court documents from his plea. The programs did not exist, prosecutors said.

"Courtney's brazen actions in continuing to perpetrate his fraud, even after pleading guilty and being admonished by this Court, show that there are no conditions short of detention that can protect the community pending sentencing," prosecutors wrote Tuesday.

After Courtney pleaded guilty on June 11, prosecutors learned that he allegedly tried to convince a company he was working for under the pseudonym "Baer Pierson" in 2019 that his CIA cover was blown and called them using another fake name, "Devon Azzamoria," about getting "read in" to a classified program that was awarding them a contract, according to the prosecutor's motion.

The unidentified company -- not included in Courtney's guilty plea to one count of wire fraud in June -- was duped to call a number that was traced back to Courtney who "falsely posed" as "Devon Azzamoria," according to the prosecutor's motion.

According to his plea admissions, Courtney would get companies to put him on their payroll and claim they would get reimbursed by the government through the phantom contracts."

Courtney "should be remanded to the custody of the United States Marshal until sentencing in this matter," prosecutors said in the motion. He faces up to 20 years in prison when he's sentenced on October 23, prosecutors said.

Request for comment from Courtney's defense attorney Stuart Sears was not returned.

He will have a chance to respond in court before appearing before a judge at a hearing next Wednesday.