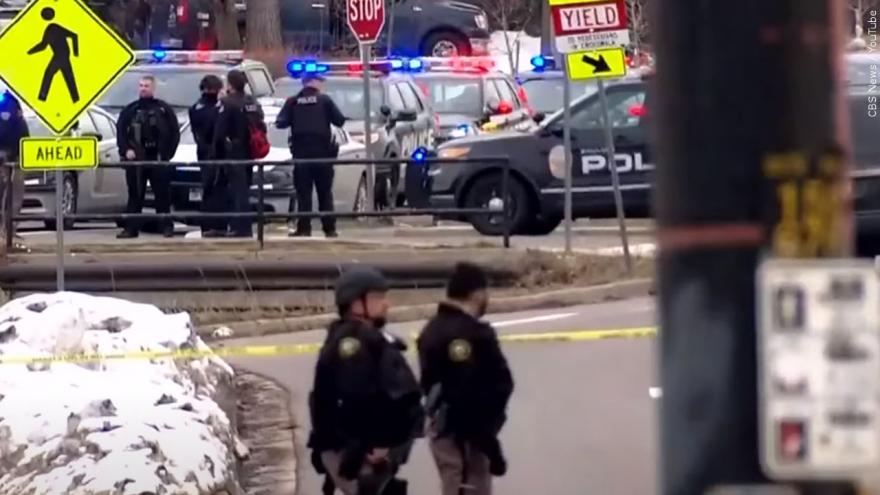 (CNN) -- The suspect in a Colorado supermarket shooting that claimed 10 lives has been declared incompetent to stand trial by evaluators, court documents state.

But prosecutors in the case were granted a second hearing to evaluate Ahmad Al Aliwi Alissa's competency to be tried in the March 22 mass shooting.

Judge Ingrid Bakke granted the prosecution's request for a second hearing on Thursday, according to court filings.

Alissa faces a total of 54 charges, including 10 counts of murder and one count of attempted murder, in the mass shooting at a King Soopers grocery in Boulder, CNN previously reported.

His first competency hearing was held on October 1 and its results were filed on October 5 with the court. Prosecutors also filed the motion for the second hearing on that date.

In the request for the second evaluation, the prosecution said that Alissa, in his first hearing, indicated "an understanding of his charges, the potential sentence, the roles of the judge, prosecutor, and defense attorney."

The request goes on to say that the evaluators "conclude that their 'provisional' mental health diagnosis of Defendant 'limit(s) his ability to meaningfully converse with others.'"

Defense attorneys responded to the prosecution's request, saying that the request is "legally and factually baseless."

Alissa's next hearing is scheduled for Thursday, according to the court docket.

"The Court would be expected to make a ruling after the second report and/or hearing is completed. We will continue to work through this process."

Alissa's next hearing is scheduled for Thursday, according to the court docket.