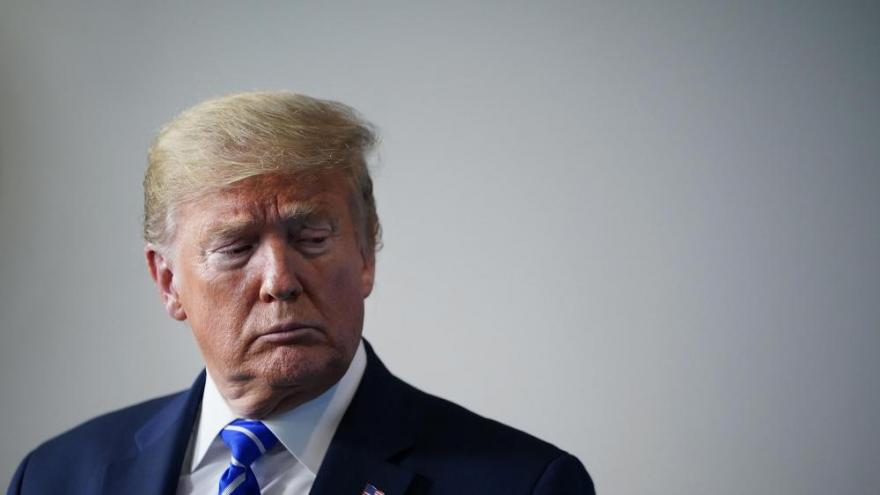 Donald Trump listens to a speaker during the daily briefing on COVID-19, in the Brady Briefing Room of the White House on April 23, 2020, in Washington, DC.

(CNN) -- A prosecutor in Fulton County, Georgia, has opened a criminal investigation into former President Donald Trump for his "attempts to influence the administration of the 2020 Georgia general election."

Willis said the "investigation includes, but is not limited to, potential violations of Georgia election law prohibiting the solicitation of election fraud, the making of false statements to state and local government bodies, conspiracy, racketeering, violation of oath of office, and any involvement in violence of threats related to the election's administration."

"This matter is of high priority, and I am confident that as fellow law enforcement officers sworn to uphold the Constitution of the United States and Georgia, our acquisition of information and evidence of potential crimes via interviews, documents, videos and electronic records will be cooperative," the letter reads.

Trump himself is not named in the letter, but Willis' office confirmed to CNN that the probe concerns his phone call with Raffensperger. The letter also says Fulton County authorities currently "have no reason to believe that any Georgia official is a target" in the probe.

The investigation was earlier reported by The New York Times.

The criminal probe adds to a growing list of significant legal pressures facing Trump, including a Senate impeachment trial in which House Democrats are pushing to convict him for inciting the deadly insurrection at the US Capitol, and a separate investigation launched by Raffensperger's office into his attempts to overturn the state's election results.

In that probe, Raffensperger, the state's top election official, is also investigating Trump's one-hour phone call, in which Trump lambasted his fellow Republican for refusing to falsely say that he won the election in Georgia and repeatedly touted baseless claims of election fraud.

There were 18 attempted calls from the White House to the Georgia Secretary of State's Office between the election and the January 2 phone call between Trump and Raffensperger, a Georgia state official has confirmed to CNN.

There have been no credible allegations of any issues with voting that would have impacted the election, as affirmed by dozens of judges, governors, election officials, the Electoral College, the Justice Department, the Department of Homeland Security and the US Supreme Court.

Michael J. Moore, the former US attorney for the Middle District of Georgia between 2010 and 2015 under President Barack Obama, told CNN the multiple calls "sort of start to tell the story that this was not an official trying to talk to another official about problems that he or she might see in an election."

"It's more about how do I get to the place that that I can win the race," he said, adding that the now-infamous call "sounds like any other call that you might have with an organized crime ring or a drug conspiracy ring or something.

"And that is that you've got almost code talking about -- this is what I need you to do, if you could just help me out here," Moore told CNN.