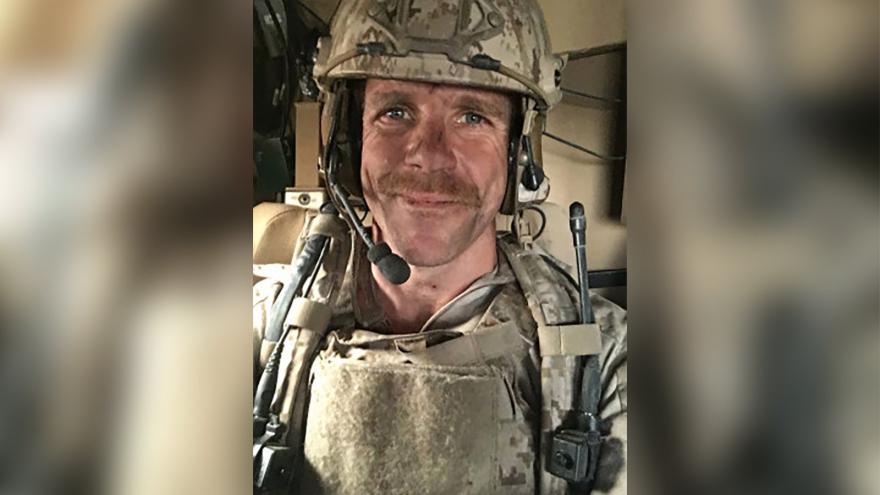 (CNN) -- Closing arguments are expected to begin Monday in the trial of Chief Special Warfare Operator Eddie Gallagher, a Navy SEAL accused of stabbing an ISIS prisoner to death, among other violations of military law.

Gallagher's defense team rested its case Friday, two days after it began calling witnesses to refute the narrative put forth by Navy prosecutors who said Gallagher not only killed the young prisoner, but also posed for photos next to his corpse, shot at noncombatants and intimidated other SEALs who might report him. The actions allegedly occurred during his deployment to Mosul, Iraq, in 2017.

Gallagher, a special operations chief, pleaded not guilty to the charges in January. If convicted of murder, he faces life in prison.

The case has caught the eye of President Donald Trump, who has expressed sympathy for Gallagher on Twitter and is reportedly mulling a pardon for the SEAL.

Here's a breakdown of the cases Navy prosecutors and Gallagher's defense attorneys have presented over nearly the past two weeks, based on witness testimony.

The prosecution rested its case after calling 14 witnesses in six days, including fellow SEALs who served alongside Gallagher and testified their chief stabbed a young ISIS prisoner and shot at noncombatants, including elderly men and young teenage girls.

The stakes are highest for Gallagher when it comes to the accusation that he stabbed a teenage ISIS prisoner, whom one witness described as frail, weak and injured.

A forensic pathologist later testified that the stabbing described by the witnesses "could result in massive hemorrhaging into the chest ... or death."

He conceded on cross-examination he could not determine the actual cause of death -- there was no known autopsy -- and made his conclusion based on the information and evidence he was provided, including photos and witness testimony.

He posed for pictures with prisoner's body, witnesses say

Several SEALs testified during the first week they saw Gallagher take pictures with the body. Miller and Officer Thomas MacNeil both admitted to taking a group photo with the body. MacNeil said he didn't know the circumstances of the prisoner's death at the time.

Miller realized that was unprofessional, he said, adding he immediately reported the killing to his superior. He testified that Gallagher later asked him, "Who's not good with it?"

Former SEAL Dylan Dille told the court he saw Gallagher pose for individual and group photos with the body. Dille never posed for the photos because he said he "felt it was irresponsible."

He allegedly intimidated other SEALs

Following the alleged stabbing, MacNeil said he and others were told to delete the photos. He claimed Gallagher later said, "If you take me down, I'll take all of you down."

According to Dille, upon returning to base, Gallagher told him and other SEALs, "I know you're not alright with what happened, but it's just an ISIS dirtbag. Next time if I get a prisoner, I'll do this where you can't see what happens."

Witnesses say he shot at noncombatants

Dille also said that during a sniper mission he saw Gallagher shoot at civilians, including an elderly man and two women in hijabs. In the case of the elderly man, Dille said they were in position and saw two men standing on a corner. He heard a rifle shot; one man was hit, struggled, but got away.

Dille testified he heard Gallagher say over the radio, "Oh I thought I missed."

Dalton Tolbert, another witness, said he fired a warning shot at an old man during a sniper mission with Gallagher. The man ran away, Tolbert said, but fell after another sniper fired. Tolbert claimed he heard a voice that sounded like Gallagher on the radio say, "You guys missed but I got him."

A third witness said he heard shots fired from Gallagher's position during another sniper mission. Joshua Vriens said he saw four girls who looked to be between the ages of 12 and 14. After the shot, one girl clutched her stomach and fell down.

All three admitted on cross-examination they did not actually see Gallagher fire the shot. Dille said he based his accusation on the vapor trail that he said emanated from Gallagher's position.

On cross-examination, Tolbert was confronted by defense attorneys about texts he sent in a group chat with other SEALs shortly before the trial started. Two of them said, "Somebody fire this p***y a** f*****g judge" and "This legal process is a joke."

Tolert said the messages were written out of frustration.

Defense attorney Tim Parlatore has portrayed Gallagher as an "old-school, hard-charging warrior," targeted by his younger comrades who harbored a "personal animosity" toward him.

Witness claims he killed the prisoner, not Gallagher

Perhaps the most compelling moment of the defense team's case came during its cross-examination of one of the prosecution's own witnesses.

Special Operator First Class Corey Scott, a SEAL medic, said that while he'd seen Gallagher stab the prisoner, he was the one who "suffocated" him.

"I held my thumb over his trach tube until he asphyxiated," he said, referring to a tube inserted into the prisoner's neck during a tracheotomy to help him breathe.

He suggested it was an act of mercy because he was concerned the boy -- a prisoner of the Iraqi forces -- would be tortured by the Iraqis.

Scott, who testified under immunity, had not admitted to killing the prisoner in previous interviews with investigators and prosecutors.

The defense made a motion to dismiss the case based on Scott's testimony, but was denied.

According to an email obtained by CNN earlier this week, Navy prosecutors are exploring a possible perjury charge against Scott. The email from the Navy to Scott's lawyer said he "reportedly testified directly contrary to previous official statements -- thus exposing him to prosecution."

Navy officials at the Pentagon declined to comment on the potential charges, as did Scott's attorney.

There were tense exchanges between defense attorneys and investigators from the Naval Criminal Investigative Service (NCIS) who raided Gallagher's home and looked for evidence.

On cross-examination, Parlatore aggressively questioned investigator Brian Frank, who led the raid on the home. The defense attorney claimed two of Gallagher's children -- who were 8 and 18 at the time -- "were dragged out of their house in their underwear" by armed investigators. Frank defended investigators' actions, saying it's "standard protocol" to remove everyone from a house during a raid.

The defense said methods by another investigator, Joseph Warpinski, were flawed and prejudiced against Gallagher from the beginning. Pressed by defense attorney Eric Mukasey, Warpinski acknowledged "there were definitely some mistakes."

Another SEAL deployed to Mosul contradicted allegations Gallagher shot at an elderly man who was a noncombatant during a sniper mission.

Joshua Graffam, who testified under immunity, said he was acting as a spotter for Gallagher -- using binoculars and range finders to help his partner monitor targets -- when he saw two men he thought were ISIS fighters. He told Gallagher, who agreed.

Gallagher fired and appeared to hit one of the men. Graffam said he didn't know what happened to the man, but said he wasn't as old as other witnesses said. He looked to be in his 40s or 50s, he said, and was dressed in all black.

Graffam said Gallagher never took any shots he shouldn't have.

Asked whether he would deploy with Gallagher again, Graffam said he would.

Another witness, Special Operations Master Chief Brian Alazzawi, said no one ever complained about Gallagher shooting at civilians or stabbing a prisoner while on deployment.

Other defense witnesses detailed for the court the trying circumstances Gallagher and the other SEALs were in during their deployment to Mosul.

Andrew Christian, a retired Marine who was deployed to Mosul with Gallagher and his team, said the forces saw combat on a "daily basis." ISIS soldiers were often commanded to fight to the death, he said, and he'd captured ISIS soldiers who dressed as women.

Another Marine, Josh Vanderpool, said Mosul was a "high combat environment" and that Gallagher was sometimes "frustrated" with certain SEALs' work ethics. Gallagher, Vanderpool said, sometimes asked, "What do you guys do to avoid civilian casualties?"