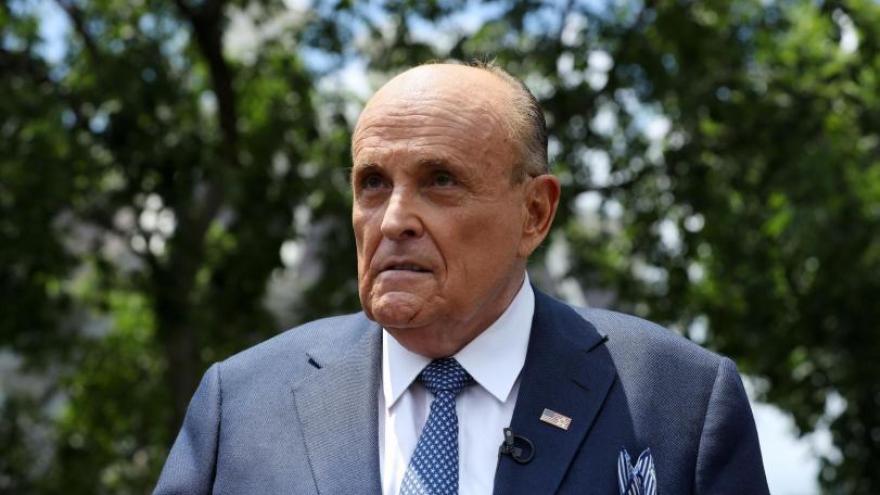 Federal prosecutors in Manhattan have asked a judge to appoint a "special master" -- or independent review -- for materials seized when the FBI executed search warrants on Rudy Giuliani's home and office last week.

(CNN) -- Federal prosecutors in Manhattan have asked a judge to appoint a "special master" -- or independent review -- for materials seized when the FBI executed search warrants on Rudy Giuliani's home and office last week.

Calling it a step that would be appropriate to ensure attorney-client privilege is protected, prosecutors filed the request under seal last Thursday, the day after the searches were conducted. The letter was unsealed Tuesday.

The filing from prosecutors said they had consulted with Giuliani's counsel and that he would file a response.

The former New York City mayor has been the focus of an investigation concerning his activities in Ukraine, including whether he conducted illegal lobbying for Ukrainian officials while he pursued an investigation linked to Trump's primary political rival, President Joe Biden, CNN has reported. He hasn't been charged and has denied wrongdoing.

After federal agents executed the search warrants last week at Giuliani's Manhattan apartment and office, Costello said the warrant described an investigation into possible violation of foreign lobbying laws and that it sought communications between Giuliani and people who included a former columnist for The Hill, John Solomon.

On Monday, lawyer Alan Dershowitz, who is not formally representing Giuliani but acting in an advisory capacity, said Giuliani will likely file a court challenge and wants his former clients to also seek to prevent prosecutors from examining the material.

"Hope the people whose information is privileged, like Donald Trump, would join the lawsuit and say look you can't see my stuff," Dershowitz, a retired Harvard Law School professor who served on the then-President's defense team in the first impeachment trial and whose career has mostly been focused on individual civil liberties, told CNN.

Costello told CNN on Monday night that Giuliani's legal team is set to expand with additional attorneys as the former New York mayor prepares for a legal fight, but that there had not been coordination between Giuliani and Trump's legal team.

A second court document set a briefing schedule that gives Giuliani until May 10 to respond to the prosecutors' filing.