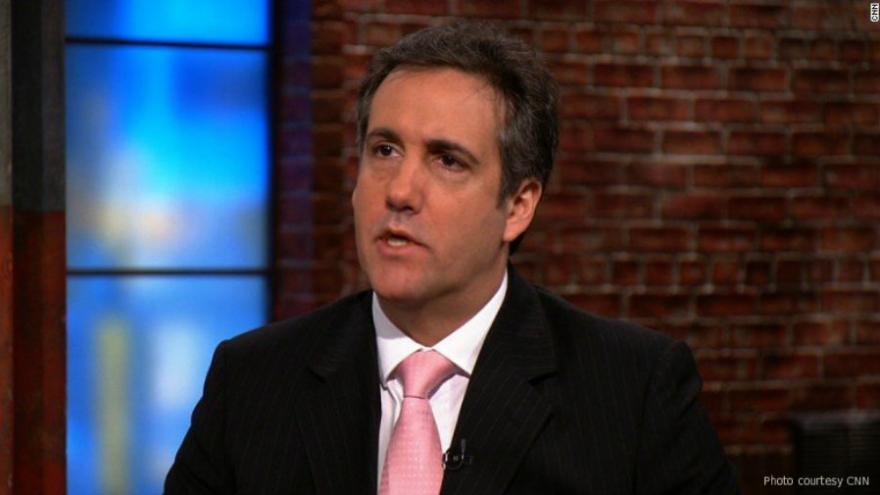 Court filings by prosecutors from both New York and the Trump-Russia special counsel's office laid out for the first time details of the cooperation of a vital witness who once said he'd "take a bullet" for the president but who in recent months has become a prime antagonist. He is to be sentenced next week.

They filings reveal that Cohen told prosecutors he and Trump discussed a potential meeting with Russian President Vladimir Putin on the sidelines of the U.N. General Assembly in 2015, shortly after Trump announced his candidacy for president.

In a footnote, special counsel Robert Mueller's team writes that Cohen conferred with Trump "about contacting the Russia government before reaching out to gauge Russia's interest in such a meeting," though it never took place.

An additional filing was expected later Friday in the case of former Trump campaign chairman Paul Manafort, who prosecutors say lied to them even after agreeing to cooperate.

Prosecutors in Cohen's case said that even though he cooperated in their investigation into hush money payments made to two women who said they had sex with Trump, he nonetheless deserves to spend time in prison.

"Cohen did provide information to law enforcement, including information that assisted the Special Counsel's Office," they said. "But Cohen's description of those efforts is overstated in some respects and incomplete in others."

In meetings with Mueller's team, Cohen "provided information about his own contacts with Russian interests during the campaign and discussions with others in the course of making those contacts," the court documents said.

Cohen provided prosecutors with a "detailed account" of his involvement, along with the involvement of others, in efforts during the 2016 presidential campaign to complete a deal to build a Trump Tower Moscow, the documents said. He also provided information about attempts by Russian nationals to reach Trump's campaign, they said.

However, in the crimes to which he pleaded guilty in August, he was motivated "by personal greed and repeatedly used his power and influence for deceptive ends."

Prosecutors say Cohen "already enjoyed a privileged life," and that "his desire for even greater wealth and influence precipitated an extensive course of criminal conduct."