Protesters and police clash outside US Embassy in Beirut 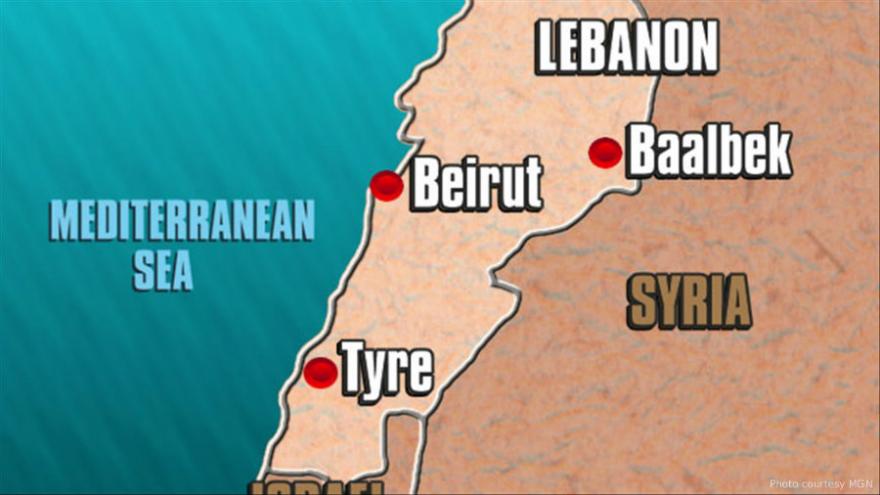 (CNN) -- Lebanese security forces clashed with protesters near the United States Embassy in Beirut on Sunday over President Donald Trump's recognition of Jerusalem as Israel's capital.

Hundreds of protesters and dozens of riot police gathered in front of the entrance leading to the heavily fortified embassy. Some youth in the crowd threw stones toward the gate leading to the US Embassy.

Despite calls to keep the demonstration peaceful, clashes broke out as crowds threw plastic water bottles, stones and sticks at the police.

Lebanese security forces on the scene responded with tear gas and water cannons, as demonstrators lit a large garbage can and car tires on fire. One American flag was burned.

At least five protesters affected by tear gas were carried away from the scene.

Protesters told CNN they condemned Trump's steps on Jerusalem's status, and said they were angry at the "impotence" of Arab leaders in the wake of the controversial decision.

"Sheep who are the Arab leaders betrayed Jerusalem years ago," Mustafa, a Syrian demonstrator, told CNN.

The demonstration outside THE embassy comes as Lebanese group Hezbollah plans to hold a demonstration Monday in THE Beirut suburbs to condemn Trump's decision.

Trump's move Wednesday to recognize Jerusalem as the capital of Israel and commit to moving the US Embassy to the holy city has prompted international condemnation and sparked protests worldwide, from Indonesia and Malaysia, to Iraq, Jordan, Turkey and Egypt.

Israel launched airstrikes early Saturday against what it said were Hamas targets in Gaza, after several rockets were fired out of Gaza towards Israel. Two Palestinians were killed in those airstrikes, the Palestinian Health Ministry said.

More than 300 people were injured Friday across the West Bank, Gaza and Jerusalem, 50 of whom needed hospital treatment, during protests against Trump's decision, according to the Palestinian Authority's Health Ministry.

Palestinian Authority Foreign Minister Riyad Al-Malki called Trump's decision "illegal and illegitimate and null and void legally and politically," saying there would be no formal communication with US officials.

Before the protests broke out in Lebanon, the Arab League condemned Trump's decision as well, describing it as a "dangerous" development. The Foreign Ministers of the 22-member states of the Arab League met for an emergency meeting at their headquarters in Cairo on Saturday.

The US policy change on Jerusalem puts it "on the side of occupation" and exempts it from a mediation role in the peace process," the Arab League said in a statement.

It warned that attempts to change the legal status of Jerusalem or to "change the Arab identity of the city" are "provocations to the feelings of Muslims and Christians across the Muslim and Arab world" and violates international law.