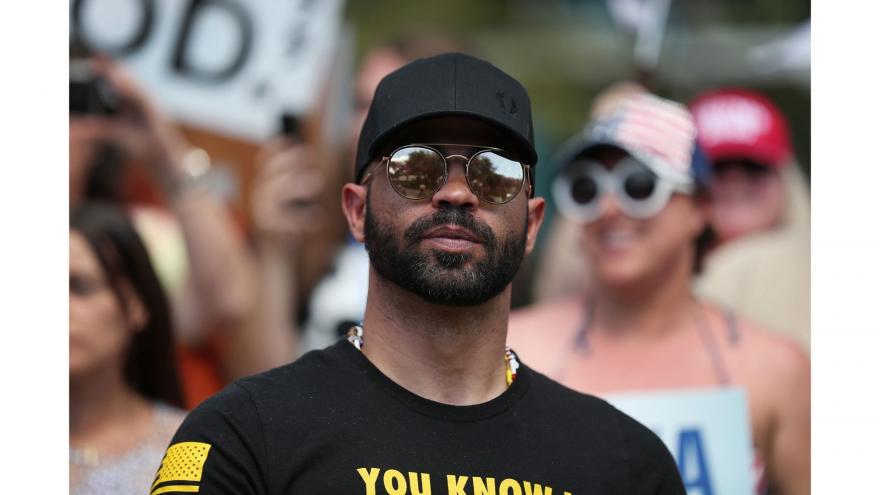 (CNN) -- Enrique Tarrio, the leader of the far-right Proud Boys, has been charged with conspiracy in the US Capitol attack on January 6, 2021, the Justice Department announced on Tuesday.

The superseding indictment unveiled Tuesday includes several other members of the Proud Boys who are already facing charges for actions relating to January 6.

According to the Justice Department, "Tarrio and his co-defendants...conspired to corruptly obstruct, influence, and impede an official proceeding, the certification of the Electoral College vote."

"On Jan. 6, the defendants directed, mobilized, and led members of the crowd onto the Capitol grounds and into the Capitol, leading to dismantling of metal barricades, destruction of property, and assaults on law enforcement," the Justice Department said in a statement.

Tarrio is scheduled to appear in federal court in Florida on Tuesday afternoon.

Tarrio previously served a jail sentence in DC for burning a church's Black Lives Matter banner in December 2020, and for bringing high-capacity rifle magazines to Washington, DC. That conduct occurred days before the attack on the Capitol.

In the plea deal Tarrio reached with the government in that case, the agreement included a carveout for the potential of federal charges being brought related to the January 6 insurrection.

Tarrio has led the far-right extremist organization since 2018.

In the flag-burning case played out in DC local court, it concerned a flag was burned at Asbury United Methodist Church, a historically Black church, on December 12, after Tarrio and other Proud Boys attended a pro-Trump rally in Washington that preceded violent clashes. When Tarrio was arrested upon his returned to DC on January 4, he was found with two high-capacity magazines that are banned under DC's strict gun control laws.

Tarrio was not in Washington on January 6 but was instead ordered to leave by a local judge as part of a release agreement, according to the New York Times.

He was previously released from jail in January.