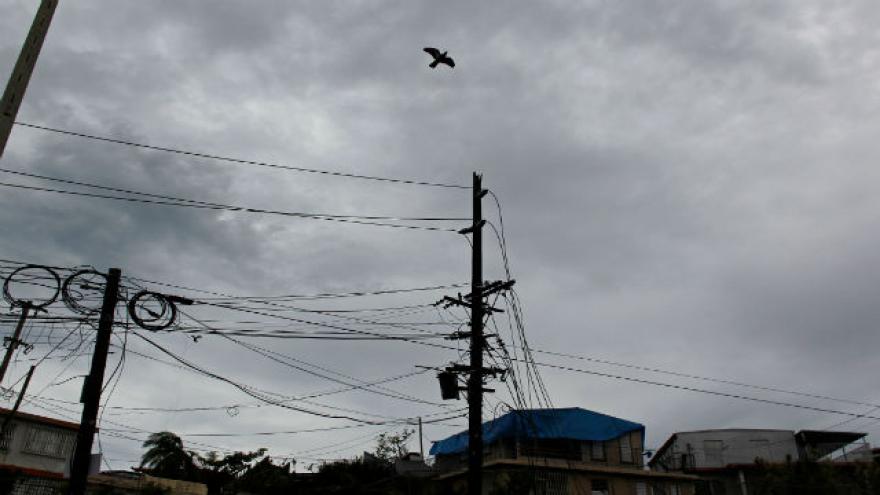 (CNN) -- On the same day Puerto Rico's governor celebrated power generation on the island reaching 50% of capacity, the lights went out in the San Juan metro area.

The source of Wednesday's outage was the same main north-south transmission line that failed last Thursday, leaving swaths of the capital without power for hours, officials said.

The cause of the outage was an unspecified "technical failure," he said.

González said the authority hoped to restore power in the coming hours.

The outage came hours after Gov. Ricardo Rosselló tweeted that the power authority had completed its stated goal of 50% generation for Wednesday.

San Juan Mayor Carmen Yulín Cruz promptly replied via Twitter, telling the governor the percentage of power generation "has just changed" and the municipal medical center and other buildings were in the dark.

Shortly after noon, PREPA tweeted that power had been restored to the medical center and several other locations.

With the latest outage, power generation plummeted from 50% to 22% of capacity, PREPA said on Twitter Wednesday afternoon. It later rose to 29%, the utility company said, noting that the goal is to reach 80% by the end of the month.

González said capacity had reached 49.9% on Tuesday, and 50% for part of Wednesday morning. Much of Puerto Rico has been without power since Hurricane Maria smashed the island on September 20.

'You'd laugh if only you weren't crying'

"What has happened today shows that what the government is saying has nothing to do with what's really happening in the country, said Christian Ibarra, 30, a writer for an ad agency in San Juan.

"It's a reflection that's laid bare years of improvisation. The same people always lose. This has caused an economic and humanitarian collapse that would be unacceptable in any other state in the US."

Ibarra added, "What should amaze us is that things are getting worse and being done worse each time. It's about basic services in the 21st century."

A post on the Facebook page of the Plaza Las Americas mall seemed to capture the sentiment of many Puerto Ricans frustrated with the island's recovery.

"You'd laugh if only you weren't crying," it said, adding that the mall had to close for the day.