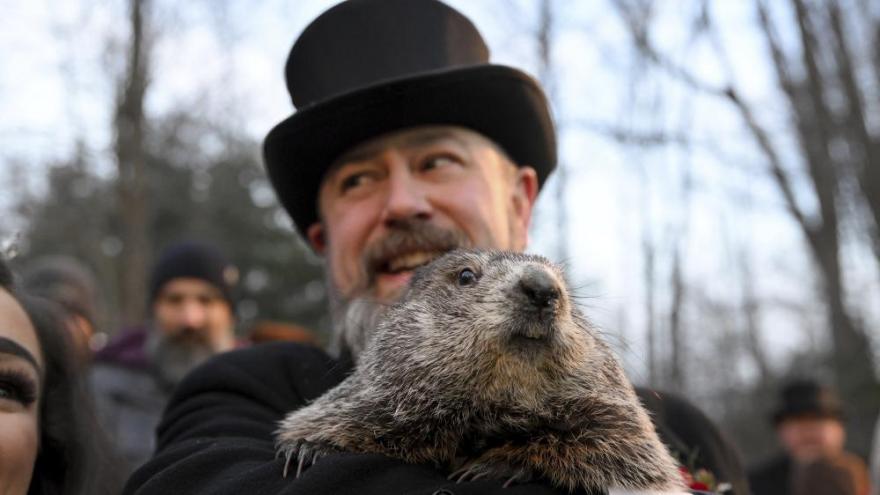 (CNN) -- Punxsutawney Phil saw his shadow Wednesday, meaning that if you believe in a groundhog's ability to predict the weather -- we're in for six more weeks of winter.

Phil and his friends at Gobbler's Knob in Punxsutawney, Pennsylvania, have been predicting the seasons since 1887, according to his website.

Though Phil has no meteorology degree, every year on February 2, the United States tunes in for his prediction.

Turns out he was only half correct, according to the National Centers for Environmental Information, a division of the National Oceanic and Atmospheric Administration, which manages "one of the largest archives of atmospheric, coastal, geophysical, and oceanic research in the world."

Phil's track record is not perfect, the agency noted. "On average, Phil has gotten it right 40% of the time over the past 10 years," it said.

Phil's fans beg to differ. On his website, the "weather predictor extraordinaire" is said to be "accurate 100% of the time."