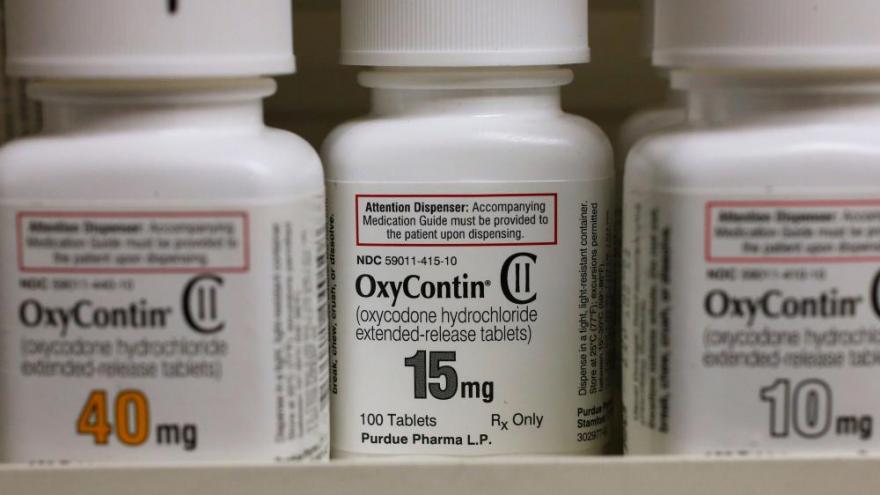 Purdue Pharma board chairman Steve Miller pleaded guilty on behalf of the company during a virtual federal court hearing in front of US District Judge Madeline Cox Arleo.

The plea deal announced in October includes the largest penalties ever levied against a pharmaceutical manufacturer, including a criminal fine of $3.544 billion and an additional $2 billion in criminal forfeiture, according to a Department of Justice press release.

The company, which declared bankruptcy last year, will be dissolved as a part of the plea agreement, and its assets will be used to create a new "public benefit company" controlled by a trust or similar entity designed for the benefit of the American public.

The Justice Department has said Purdue Pharma will function entirely in the public interest rather than to maximize profits. Its future earnings will go to paying the fines and penalties, which in turn will be used to combat the opioid crisis.

In pleading guilty to the criminal charges, the company is taking responsibility for past misconduct, Purdue Pharma said in a statement to CNN Tuesday.

"Having our plea accepted in federal court, and taking responsibility for past misconduct, is an essential step to preserve billions of dollars of value for creditors and advance our goal of providing financial resources and lifesaving medicines to address the opioid crisis," the statement said.

"We continue to work tirelessly to build additional support for a proposed bankruptcy settlement, which would direct the overwhelming majority of the settlement funds to state, local and tribal governments for the purpose of abating the opioid crisis."

The court did not set a date for a sentencing hearing.

Oxycontin maker still tied up in litigation over opioid crisis

According to the US Centers for Disease Control and Prevention, about 70,000 Americans died of drug overdoses in 2018, just one year of the opioid crisis, and about 70% of those deaths were caused by prescription or illicit opioids like OxyContin.

In that year, an estimated 10.3 million Americans 12 and older misused opioids, including 9.9 million prescription pain reliever abusers and 808,000 heroin users, according to the US Department of Health and Human Services Substance Abuse and Mental Health Services Administration.

Several civil lawsuits against Purdue Pharma related to the opioid crisis are still ongoing as the company undergoes bankruptcy proceedings.

"Purdue acknowledging its role in fueling the opioid epidemic and being held accountable for its actions is long overdue. Their illegal and profit-seeking actions were egregious. It is important to note, however, that they are just one company in one part of the larger opioid supply chain," attorneys on the executive committee of negotiators said in a joint statement.

The Sackler family, and other current and former employees and owners of the company, also still face the possibility that federal criminal charges will be filed against them.