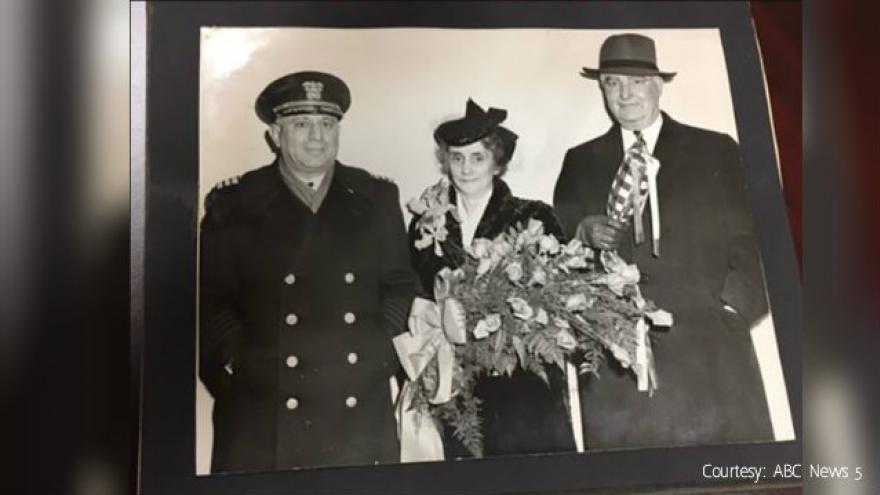 Cleveland (WEWS) -- A treasured piece of history has been safely returned to a Cleveland family after workers employed by the Cuyahoga Land Bank made a startling discovery inside a vacant home.

Two scrolls — carefully preserved — and a scrapbook filled with photos were found after the home went into foreclosure and was acquired by the Land Bank for renovation.

It turns out, the scrolls contained two original Purple Heart certificates for two brothers who died in combat in World War II within one month of each other in the summer of 1944.

Both were signed by President Franklin Roosevelt and honored the young Cleveland soldiers for their bravery and heroism.

Even more remarkable, the Land Bank was able locate descendants and return a treasured piece of history more than 70 years later.

“Wouldn’t it be nice if we could somehow find the next of kin?” he asked.

Property records revealed that Mary Connors and her husband purchased the home not long after their sons were killed in action.

The Land Bank was able to trace the family history that led it to both her grandson and great-grandson who remain in the Cleveland area.

“We knew of the medals and what had happened,” Chuck Connors, Jr said. “What we didn’t know was that they were missing.”

The family history was found by Marvin Stover, owner of Beneficial Properties, who works with the Land Bank to clean out vacant homes.

“We look for more things of meaning,” said Stover, who treats homes like sacred space that should be recognized as once being vibrant homes.

The ship was among scores of them built by the Lorain based American Shipbuilding Company.

The family was presented with both the scrolls and the photo book during a ceremony at Land Bank headquarters.