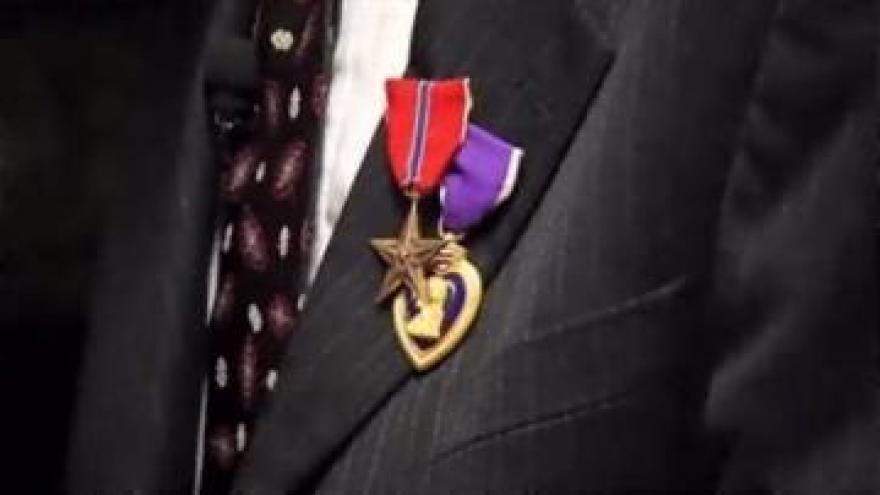 (CNN) -- When Teresa Ferrin found a Purple Heart at the Phoenix thrift store where she works, she knew it had to be important to somebody.

"Every time I've ever seen [medals] in a Goodwill or something I'm like, 'Why is this here? This needs to be with the owner,'" Ferrin told CNN.

In this case, that owner was Erik Karl Blauberg, a veteran who served in the Korean War, and who died in 1988.

Ferrin still doesn't know who brought the box containing the Purple Heart and other medals into the Christian Family thrift store, but she immediately got to work trying to find its recipient.

"I looked on the back of the Purple Heart and his name was there," she said. After some internet sleuthing, she was able to locate his grave in an Arizona cemetary. "They said, 'We can't help you,' but there was a crematorium that was associated with this, so I called them, and that lady was able to give me the names of the eight children."

She then turned to Facebook and was able to contact two of his children, including Lisa Walker.

"I couldn't thank Teresa enough for this," Walker told CNN.

All the children had been estranged from their father for years. And although he had contacted them more near the end of his life, they never received any of his belongings. Blauberg had left his possessions to his doctor, making it difficult for his children to get access to any token of his life.