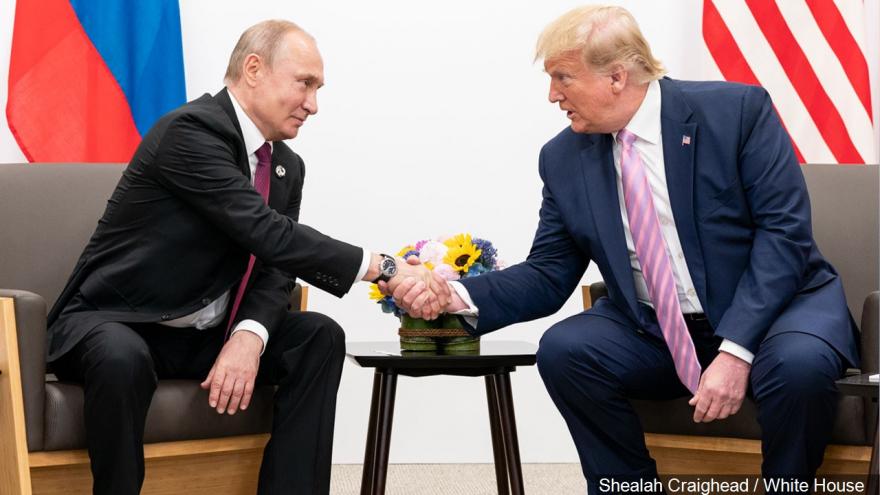 (CNN) -- Russian President Vladimir Putin spoke with President Donald Trump by phone Sunday, discussing counter-terrorism efforts and "matters of mutual interest," according to a Kremlin readout of the call.

"Vladimir Putin thanked Donald Trump for the information shared via the special services that helped prevent terrorist acts in Russia," the Kremlin-provided statement said. "Several matters of mutual interest were discussed. An agreement was made to continue bilateral cooperation in the fight against terrorism."

The call -- the first between Putin and Trump since July -- was initiated by Russia. The White House has not released its own readout of the call and has not provided additional comment on the conversation between the leaders. The Russian readout did not provide additional details about what information the US had provided.

In 2017, the CIA provided another tip to Russian special services about a separate planned terrorist attack at the Kazan Cathedral in St. Petersburg.

Trump and Putin's unusually-warm relationship has been the subject of intense scrutiny since Trump took office.

Last year, Trump sided with the Russian President when he declined to endorse the US government's assessment that Russia interfered in the 2016 US presidential election, saying instead that he believed Putin's denial that his government meddled.

Trump has also repeatedly dismissed credible allegations that Putin uses violence against his opponents, saying in 2015: "I haven't seen any evidence that he killed anybody, in terms of reporters."