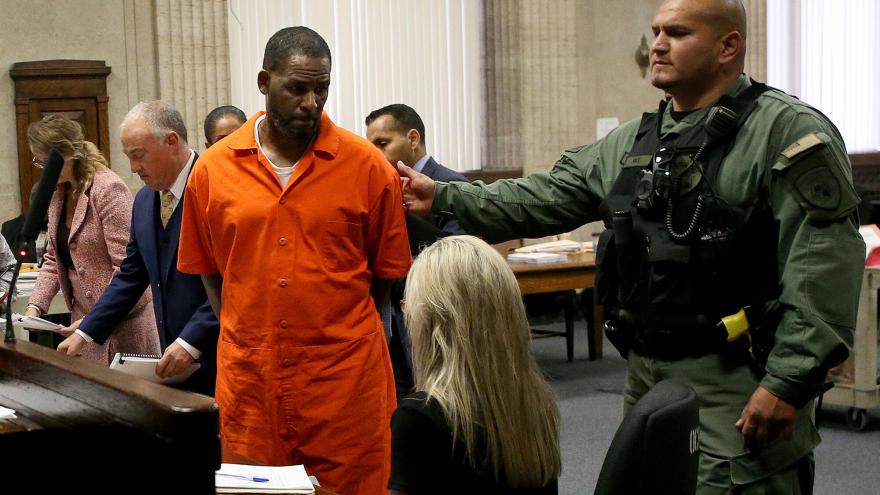 Singer R. Kelly leaves court after a hearing at the Leighton Criminal Courthouse in Chicago.

(CNN) -- Attorneys for R. Kelly say he was attacked in his Illinois jail cell by a fellow inmate, and they are calling for his release.

Doug Anton, an attorney for Kelly, told CNN that the singer's legal team had been advised by the US Attorney's Office that the singer was on his bed in his cell Tuesday at Chicago's Metropolitan Correctional Center when another inmate came in and started to punch him.

Guards at the federal facility stopped the assault almost immediately, according to Anton. Anton said that Kelly did not sustain any injuries and that X-rays did not reveal any fractures.

But Steve Greenberg, another Kelly attorney, said on Twitter that his legal team has received "conflicting reports as to the extent of his injuries," adding that the team has not been given information from the jail or Kelly himself.

Anton said he had not talked to Kelly firsthand about the alleged altercation.

Kelly's attorneys have said his ability to communicate with them has been severely restricted since coronavirus lockdowns limited the ability for attorneys to make in-person visits.

On Friday, Anton told CNN Kelly had been moved to solitary confinement at the Special Housing Unit for his own protection.

Emery Nelson, a Bureau of Prisons spokesman, had no comment to CNN on whether Kelly was involved in an altercation: "For privacy, safety, and security reasons, we do not comment on an individual inmate's conditions of confinement or medical status," Nelson said.

CNN has also reached out to the US Attorney's Office in Chicago for comment.

The alleged incident comes a week before one of Kelly's attorneys, Tom Farinella, is set to argue for the singer to be released from prison ahead of his Brooklyn federal trial, which is scheduled to begin at the end of September.

"This incident coupled with the coronavirus restrictions at the MCC reinforces the need for Mr. Kelly to be released so he can assist in his defense with counsel and prepare for trial without the fear that his personal safety is at risk," Farinella said in a statement to CNN.

Kelly is facing charges in New York including racketeering and violations of the Mann Act, which prohibits sex trafficking across state lines. He also faces federal charges of child pornography and other crimes by the US Northern District of Illinois, where he is being held without bail.

Kelly has pleaded not guilty to all of the charges and is awaiting trial.