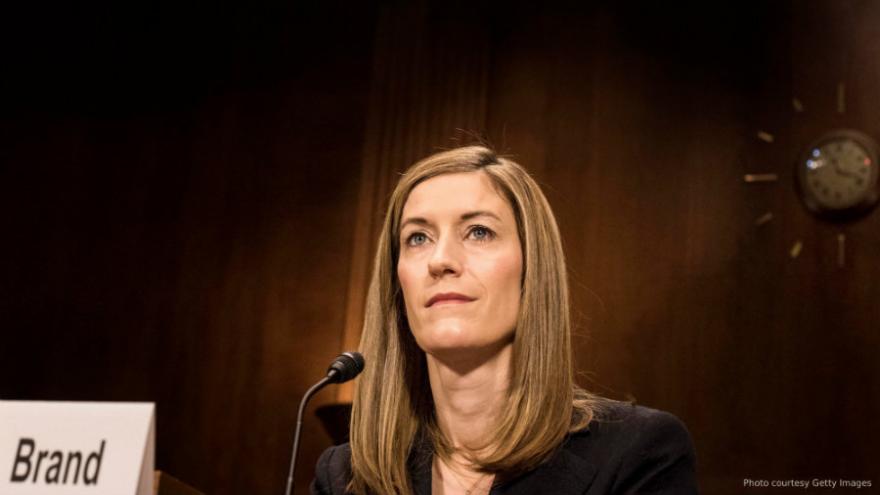 (CNN) -- Rachel Brand, the third-ranking official at the Justice Department, is expected to resign Friday.

A source familiar with Brand's plans said she is going to accept a job with Walmart. A second source said she is leaving DOJ "because she got a great job."

Brand, the associate attorney general who was confirmed last May, has been a prominent Trump administration official working on the reauthorizing of section 702 of the Foreign Intelligence Surveillance Act.

She served under Deputy Attorney General Rod Rosenstein, who is currently overseeing special counsel Robert Mueller's investigation into Russian meddling in the 2016 election.

Brand previously worked in the administrations of both Presidents George W. Bush and Barack Obama as the head of the Justice Department's office of legal policy and as a member of an oversight board for privacy and civil liberties.

Walmart said in a statement Friday that Brand would be the company's "Executive Vice President, Global Governance and Corporate Secretary."

"We are fortunate to have a leader of Rachel Brand's stature join the company," CEO Doug McMillon in the statement. "We have strengthened our governance capabilities and Rachel will help us continue on that journey. Her strong character, capabilities and experience will enable her to contribute broadly as we shape the future of Walmart and strive to serve our customers even more effectively."

"She has the gravitas of being the third ranking official in the Department of Justice, but also the subject matter expertise on Section 702 from her time serving on the bipartisan Privacy and Civil Liberties Oversight Board," Assistant Attorney General Stephen Boyd, who leads the department's Office of Legislative Affairs, told CNN last month.

A friend close to Brand told CNN she wasn't looking to leave and said she was offered the type of job you "don't turn down" at a Fortune 500 company. A second friend close to Brand told CNN she was being heavily courted for some time and was wrestling with the decision on whether or not to leave the Justice Department, describing the job as a "once in a lifetime job."

The Justice Department has been the focus of attacks by President Donald Trump as the special counsel investigation into potential ties between his campaign and the Russians continues. And questions over whether Trump would fire Rosenstein intensified last week when a memo, spearheaded by GOP Rep. Devin Nunes of California, was publicly released. The memo alleged the FBI abused its power regarding surveillance methods, and said Rosenstein signed off on at least one FISA application of former Trump campaign aide Carter Page.

When asked if he was considering firing Rosenstein after the memo's release last Friday, Trump said, "You figure that one out."

But the White House denied that there would be any changes made at the Justice Department later that evening.

This story has been updated with more details about Brand's expected departure.