Radio used by the Titanic to call for help can be salvaged, judge rules 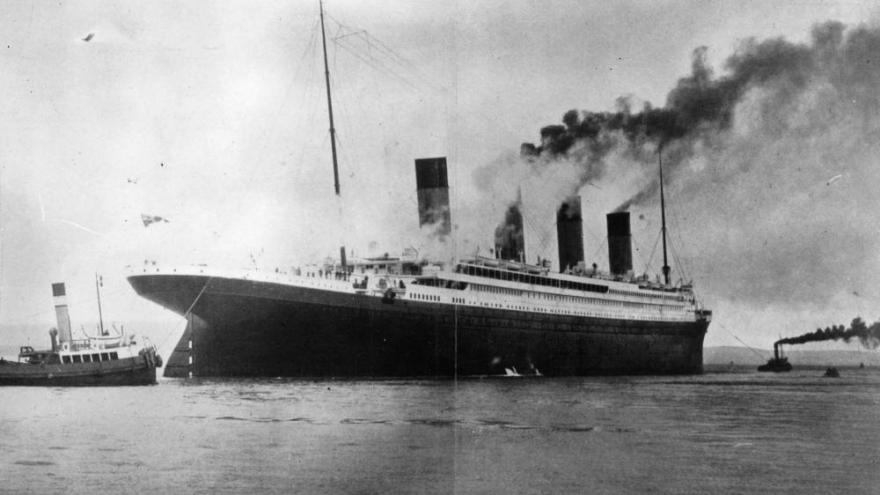 The 'Titanic', which sank on its maiden voyage to America in 1912, seen here on trials in Belfast Lough.

(CNN) -- A federal judge has ruled that RMS Titanic Inc. can salvage the radio used to call for help by the fated ocean liner after it struck an iceberg in 1912.

To get to the radio, divers would need to remove a part of the ship's deckhand to reach the room known as the Marconi Suite, which houses the device.

The ruling modified an order issued on July 28, 2000, that said that RMS Titanic Inc. could not cut into the wreckage or detach any part of it.

Virginia's eastern district court amended that order "for a unique opportunity to recover an artifact that will contribute to the legacy left by the indelible loss of the Titanic, those who survived and those who gave their lives in the sinking," Judge Rebecca Beach Smith wrote.

Experts in the case testified to the "significant deterioration" in areas above and around the Marconi room, according to the document, and photos showed the "increasing breakdown" in the deck above the suite.

The suite, made of steel, consisted of three areas: sleeping accommodations, an operator's room and the silent room that housed the radio. Each area was separated by wood walls that officials believe have dissolved, according to court documents.

The Marconi device and the artifacts associated with it face "significant threat of permanent loss," the judge said in her approval of the expedition.

The National Oceanic and Atmospheric Administration, acting as an adviser in the case, argued that the expedition didn't meet an international treaty's requirements that intrusive recovery activity must be evaluated based on whether there is a justified educational, scientific or cultural interest, among other stipulations.

A hearing was held in February, and the judge handed down her final decision on Monday.

Conditions for the expedition

RMS Titanic Inc. is "directed to file with the court, and to provide to NOAA, any video and/or audio recordings made during the dive," which is currently slated for August, 2020, the judge wrote.

She also ruled that they must provide a report detailing the outcome upon completion of the dive, including listing artifacts recovered and the plan for "curation, conservation and documentation" of the recovered artifacts.

According to the Senate report released on the Titanic, the final calls from the Marconi began around 10:25 p.m. ET on April 14, 1912. The call from the operator was a distress signal, or CQD. The report said the Titanic had been struck by an iceberg.

A half hour later, another message said the vessel was sinking by the head and women and children were being placed into lifeboats. The operator noted the weather was calm and clear.

Protected by an international agreement

The distress calls made from the radio brought ships that rescued about 700 people from the disaster, which killed 1,500 passengers and crew.

The ocean liner, which was deemed unsinkable before its maiden voyage in April 1912, lies about 12,000 feet below the surface of the North Atlantic Ocean, 370 miles (600 kilometers) off the coast of Canada's Newfoundland province.

The ship and its contents are protected under the R.M.S. Titanic International Agreement between the United States and the United Kingdom.

RMS Titanic Inc. has exclusive rights to salvage artifacts from the ship.