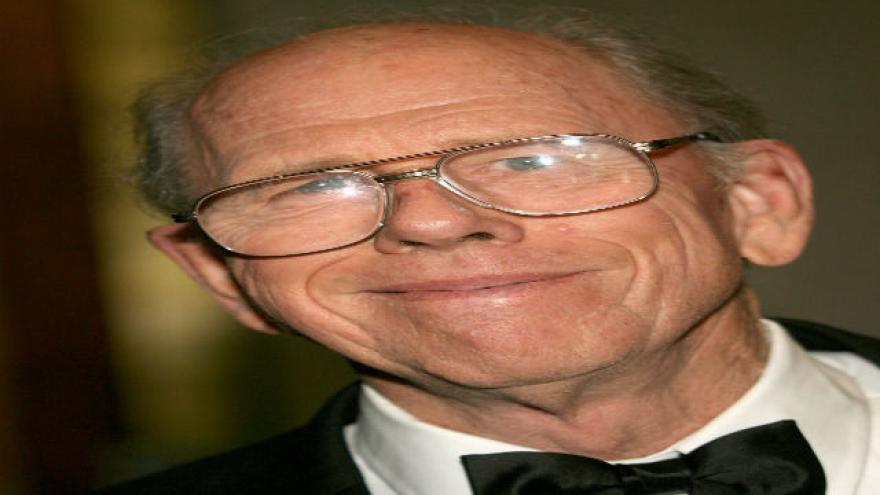 "Clint & I have been blessed to be Rance Howard's sons. Today he passed at 89. He stood especially tall 4 his ability to balance ambition w/great personal integrity. A depression-era farm boy, his passion for acting changed the course of our family history. We love & miss U Dad," Ron Howard tweeted.

Details of the death were not immediately available.

Rance Howard was born Harold Engle Beckenholdt on November 17, 1928, in Oklahoma, according to the Internet Movie Database.

He performed in a touring children's theater as a child and, as an adult, toured with Henry Fonda in the stage presentation of "Mister Roberts," according to the Turner Classic Movies archives.

He moved to New York and was cast with son Ron Howard in "The Journey," the TCM archives said. He soon found work in television and won roles in shows such as "Bat Masterson," "Gunsmoke" and "The Waltons." He had a regular role on "Gentle Ben," along with his younger son, Clint Howard.

Rance Howard had appeared in numerous films, starting with "Frontier Woman" in 1956 and ending with "Nebraska" in 2013. He appeared in six movies nominated for best-picture Oscars: "The Music Man," "Chinatown," "Apollo 13," "A Beautiful Mind," "Frost/Nixon" and "Nebraska," according to the IMDb.

Ron Howard, who as a child played Opie Taylor on TV's "The Andy Griffith Show," went on to become a director. Along with "A Beautiful Mind," Ron Howard gave his father roles in many of his movies, such as "Splash," "Cocoon," "The Paper," "Apollo 13," "Frost/Nixon" and "Angels and Demons."

Russell Crowe, who had the lead role in "A Beautiful Mind," tweeted: "Hey @RealRonHoward my deepest condolences . He was a fine man indeed was Rance Howard . Fine man, fine actor. Being in his company was always a pleasure."

Actor and comedian Josh Gad tweeted: "Today we lost one of the greats: #RanceHoward, who I was proud to call a personal friend. When I first arrived in LA , he opened his home to me & made me feel like family. He was a legend, both as a person & performer. @BryceDHoward & @RealRonHoward sending lots of love."

Rance Howard is survived by his two sons; granddaughters Bryce Dallas Howard and Paige Howard; and one great-grandchild. He was married to Jean Speegle Howard and Judy Howard, both of whom preceded him in death.