Rape allegation against Trump splits GOP women of the Senate 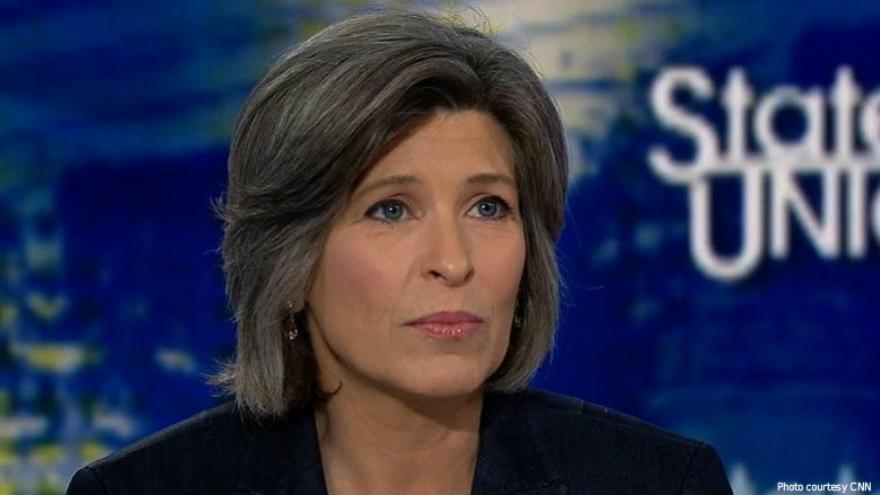 Among the eight Republican women who serve in the United States Senate, Ernst, of Iowa, is the only one willing to say without hesitation that there should be an investigation looking into the recent rape allegation made against President Donald Trump.

"I think anybody that makes an accusation like that, they should come forward," Ernst told CNN on Tuesday when asked if she believes E. Jean Carroll should be believed. "But obviously there has to be some additional information. They need to interview her. They need to visit with him."

But among the other seven senators, the lines aren't that clear.

Since the allegation was first reported, a rift has emerged among the women of the GOP Senate -- those who steadfastly refuse to address the allegations against the President and those who are trying to find a middle ground, careful neither to contradict the President nor to suggest that sexual assault is not a serious issue.

Sen. Martha McSally, Republican of Arizona, and Ernst have both been vocal about past experiences with sexual assault, but have taken markedly different approaches in their responses to the recent allegations.

Ernst in January said she was "forced out as a survivor" of abuse and rape after a media report on her divorce.

Ernst told CNN on Tuesday that the allegation against the President should be explored and both Trump and Carroll should be questioned, but said on Wednesday that an investigation is "not a job for Congress."

McSally made news in May when she said publicly that she survived sexual assault while serving in the Air Force. Well known for being the first American woman pilot to fly in combat, McSally said she did not trusted the system and did not report the incident, signaling to many how widespread the problem of sexual assault is in the military.

"Like many victims, I felt the system was raping me all over again," McSally said at the time, calling on military commanders to take sexual assault allegations seriously.

When asked for her reaction to the rape allegation against the President, however, she forcefully put up her hand to stop the question, saying, "No."

CNN asked whether Carroll should be believed, and McSally said, "You can call my office if you want to do an interview." When pressed further, she added, "I'm late for my next meeting."

Sen. Lisa Murkowski, Republican of Alaska, said that she hadn't heard Ernst's comments but she said when it comes to getting answers to what happened, "Clarity is always good." She added that while she had not spoken to Ernst yet, she intends to. Murkowski did not directly answer when asked if she agreed with Ernst that there should be an investigation into the allegation.

Sens. Cindy Hyde-Smith, Republican of Mississippi, and Marsha Blackburn, Republican of Tennessee, refused to respond to requests for comment on the allegation. Hyde-Smith said Wednesday she didn't know about the allegations. The day before, however, when CNN asked about this specific allegation, she declined to comment, saying, "I don't do hallways interviews."

Sen. Deb Fischer, Republican of Nebraska, declined to answer directly whether there should be an investigation into the allegation.

"You know I am focused on the votes that we do now. The President has addressed this, and I'm focused on what we're doing now and working on the NDAA," she said. When asked whether Ernst was alone on this issue, Fischer did not respond.

Sen. Susan Collins of Maine said the allegations, if true, are "clearly just horrible," but "I'm not sure, after this period of time, with no witnesses, how one would determine the truth when each party has a completely different view."

"I don't know how you investigate," she said as she stepped onto the subway.

"You know, I think we need to let her tell the story," Capito said, hesitating in her response. "I don't know, I mean, we'll just have to see where the story goes."

When pressed on whether that means she does not think the allegations should be investigated, she pushed back.

"I never said there shouldn't be an investigation," she said.