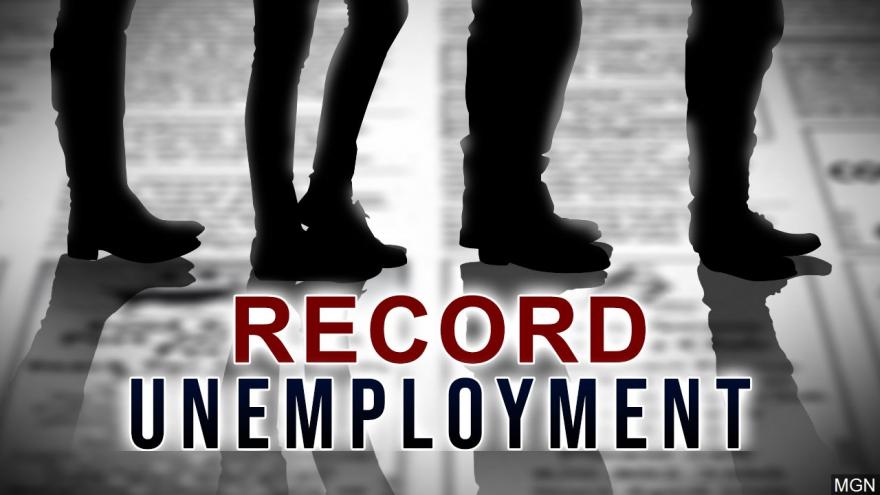 (CNN) -- With much of the American economy in self-imposed shutdown to prevent the spread of coronavirus, April's colossal surge in unemployment delivered a historic blow to workers.

The US economy lost 20.5 million jobs in April, the Bureau of Labor Statistics said Friday — by far the most sudden and largest decline since the government began tracking the data in 1939.

Those losses follow steep cutbacks in March as well, when employers slashed 870,000 jobs. Those two months amount to layoffs so severe, they more than double the 8.7 million jobs lost during the financial crisis.

For many Americans who lost their jobs and their homes in the 2008 financial crisis, this moment reopens old wounds. It took years to rebound from those setbacks. When the economy eventually did crawl back, US employers added 22.8 million jobs over 10 years — a victory for all those who had weathered the Great Recession.

Now, the coronavirus pandemic stings not only because of the public health crisis it has inflicted — but also because it wiped out that decade of job gains in just two months.

The unemployment rate soared to 14.7% in April, its highest level since the BLS started recording the monthly rate in 1948. The last time American joblessness was that severe was the Great Depression: The unemployment rate peaked at 24.9% in 1933, according to historical annual estimates from the BLS.

By all accounts, it's been a devastating two months for American workers.

The unemployment rate, which comes from a survey of households, probably undercounts the number of jobless Americans. That's because people are only counted as "unemployed" by the BLS when they have been out of work but actively searched for a new job in the prior four weeks. Or, if they were a "temporary layoff" with the expectation of being rehired within six months.