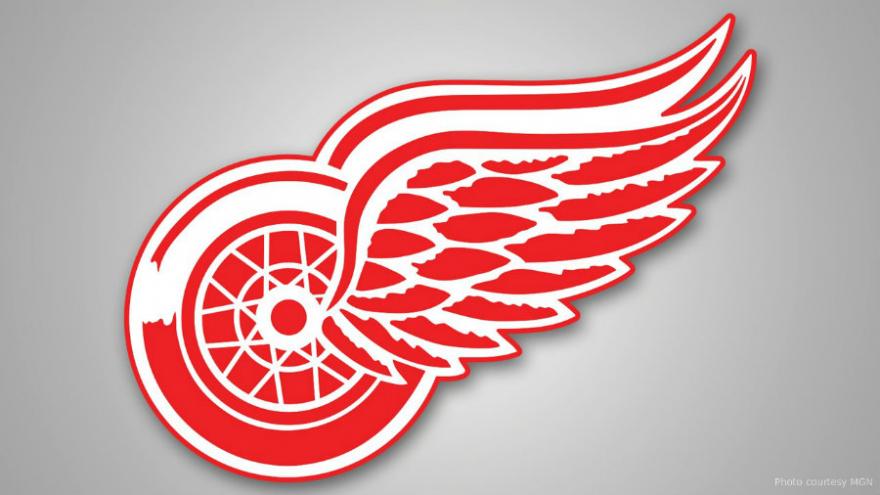 DETROIT (AP) — Henrik Zetterberg knew something wasn't right with his back last January when he stopped practicing. Despite the aches and pains, he did not miss a game all season for the Detroit Red Wings.

When Zetterberg laced up his skates for the final game of the regular season, he thought that might be the finale of his career. He held out hope over the summer his career could resume and was still clinging to that when he met with a doctor last week.

"Got the final result and nothing really had changed," Zetterberg told reporters Friday in Traverse City, Michigan. "So, that's kind of when it kicked in."

The 37-year-old Zetterberg, who won the Conn Smythe Trophy as the top player in the postseason when the Red Wings hoisted the Stanley Cup in 2008, is calling it a career. The skillful Swede is a member of a select group of players that has won a Stanley Cup, world championship and Olympic gold.

"Obviously, it is emotional," Zetterberg said. "It's been 15 years here. Even though I knew I was on my last couple years, I wish that I could have played a little bit longer."

Zetterberg was perhaps in his prime when Detroit won its 11th and last Stanley Cup a little more than a decade ago. He was a candidate to win three awards based on his career-high 92 points in 2008.

He had 27 points in the Cup-winning postseason and was dominant with his two-way play. Zetterberg's biggest contribution during the series against Pittsburgh was when he locked down then-rookie Sidney Crosby's stick at the side of the net to prevent him from scoring during the Penguins' critical 5-on-3 power play to help the Red Wings win Game 4.

Toward the end of his career, Zetterberg's pace slowed as he played through his back injury and he could no longer lead the team during each and every practice and game.

And now he is done, another blow for a proud franchise that has struggled in recent years. Detroit's postseason streak ended at 25 in 2017 and the franchise failed to make the playoffs last season. It marked the first time the Red Wings were relegated to watching consecutive postseasons since 1979-83.

Dylan Larkin, a 22-year-old center with a new, $30-million contract, will likely become the team's leader on and off the ice.

Zetterberg will go on long-term injured reserve with three years left on his 12-year, $73 million contract. He will continue to be paid and the team will get some $6 million in salary cap relief.

"Obviously if he plays professional hockey, it's going to accelerate the degeneration, and if he does get a bad hit or something, then he's risking a significant back surgery. Henrik has decided that his quality of life is more important than taking the risk of back surgery."

Holland called Zetterberg one of the best players in the long history of the Red Wings and it's hard to argue with that. Zetterberg had 337 goals and 960 career points and regularly was a candidate for the Selke Trophy honoring the NHL's best defensive forward.

He was also a steal: Detroit selected Zetterberg with the No. 210 pick overall nearly two decades ago.

"I didn't see myself lasting those long probably, when I got drafted back in '99 as a seventh-round pick," Zetterberg said. "Been through all the good things and some low things during my career but being in one organization for the whole time, being named the captain of this organization, that's something special."