Refugee admissions to US the lowest in 40 years 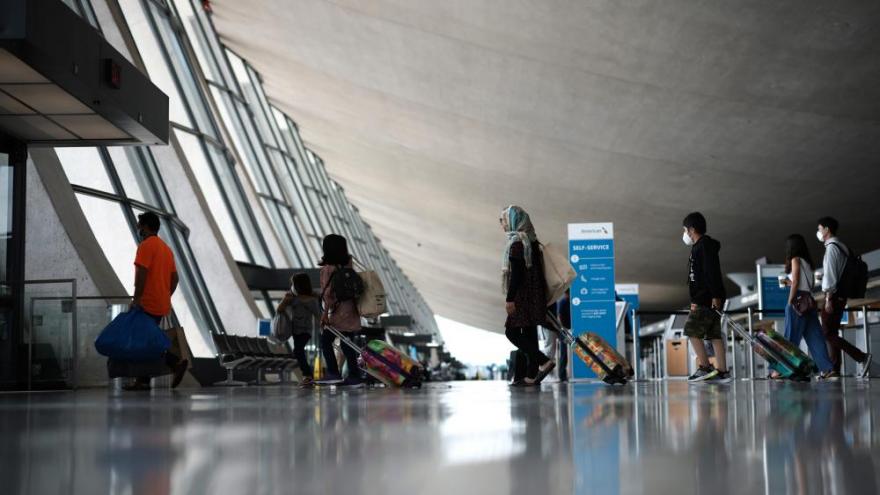 Refugees walk through the departure terminal to a bus at Dulles International Airport after being evacuated from Kabul following the Taliban takeover of Afghanistan on August 31, 2021 in Dulles, Virginia.

(CNN) -- The United States admitted 11,411 people through the refugee admissions program in fiscal year 2021, according to the State Department, the lowest number in 40 years.

Previously, the lowest number of refugees allowed into the US was 11,814 in fiscal year 2020, when the pandemic delayed the process for many. The figures go as far back to the Refugee Act of 1980.

The US had for years outpaced other countries in refugee admissions, accepting millions into the country. But President Donald Trump slashed the number of refugees allowed to come to the US and put a series of measures in place curtailing who was eligible.

The challenges, refugee advocates have said, were exacerbated by the coronavirus pandemic and President Joe Biden's initial hesitancy to sign off on increasing the Trump-era ceiling, which dictates how many refugees are admitted in a given fiscal year.

Biden eventually raised the ceiling to 62,500 refugees for the 2021 fiscal year, which ended last month, but he conceded it likely wouldn't be reached, citing work to undo "the damage of the last four years." The Biden administration intends to ramp up admissions in the new fiscal year, with a cap of 125,000 for 2022 -- though that too is unlikely to be reached.

"We are saddened but unsurprised by the record-low admission figures for this fiscal year. It speaks to the lasting damage of the Trump administration's four-year assault on the refugee program," said Krish O'Mara Vignarajah, president and CEO of Lutheran Immigration and Refugee Service, in a statement.

"Rebuilding the program from the rubble has further been complicated by the pandemic, which has largely prevented the federal government from processing a robust pipeline of refugee arrivals," she added.

Refugee resettlement organizations are racing to find homes for tens of thousands of Afghans who fled when the Taliban seized control of the country this year. Many of those evacuees were paroled into the United States and didn't come through the traditional resettlement program, so they don't count toward refugee admissions.