Regis Philbin laid to rest at his alma mater, University of Notre Dame 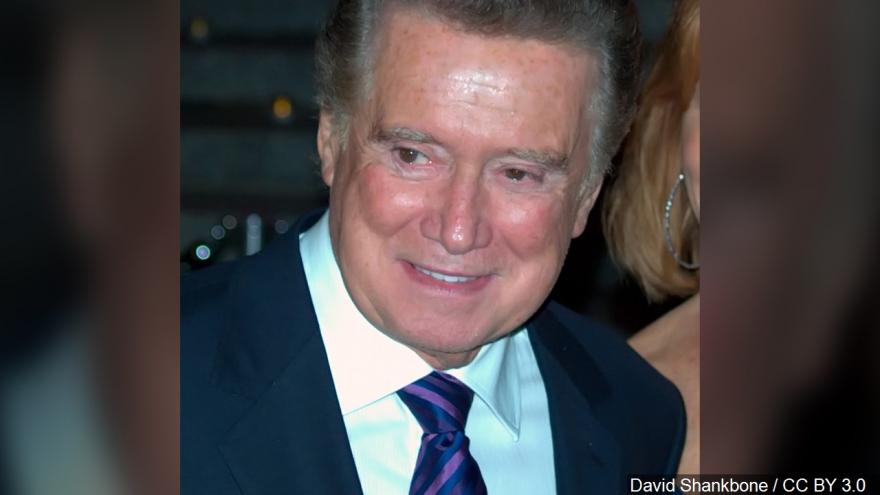 A congressional panel accused the Trump administration of vastly overpaying for 43,000 ventilators during the coronavirus pandemic after mismanaging the negotiations for a critical contract.

(CNN) -- After years of support to the university, Regis Philbin was laid to rest this week at his alma mater Notre Dame, a final tribute to the legendary broadcaster.

On Wednesday, a funeral was held at the Basilica of the Sacred Heart with burial following afterward at Cedar Grove Cemetery on the Notre Dame campus.

"The Philbin family wanted to bring Regis back to the place he loved so much for a private funeral and burial," said university spokesman Dennis Brown in a statement.

Philbin had a close relationship with the school. After graduating in 1953 with a degree in sociology, he supported the university in various ways -- most notably when he donated $2.5 million to the school in 2001 to create the Regis Philbin Studio Theatre.

"He likewise was generous with his time and talent in support of South Bend's Center for the Homeless and other worthy causes," said the Rev. John Jenkins, Notre Dame's president, in a statement remembering Philbin.

He started his entertainment career in 1956 as a page on "The Tonight Show." His broadcasting career began in 1961 as the host of "The Regis Philbin Show" out of San Diego.

In 1999, he served as the original host of "Who Wants to be a Millionaire," a game show that towered over the TV ratings in the US (having already done so in the UK), representing a kind of crowning achievement to his career.

He was a frequent guest on David Letterman's late-night talk shows. Letterman picked Philbin to be one of two guests on Letterman's first show after the 9/11 attacks because of Philbin's communication skills.

"I regard you to be a master communicator," Letterman told Philbin in their last late-night appearance together.

Throughout his career, Philbin was nominated for 37 Daytime Emmy Awards and won six. He was inducted into the National Association of Broadcasters Hall of Fame and the Television Academy Hall of Fame in 2006, and two years later he was awarded the Lifetime Achievement Award.

Philbin holds the world record for most hours on US television, according to Guinness World Records, with more than 16,700 hours on air.