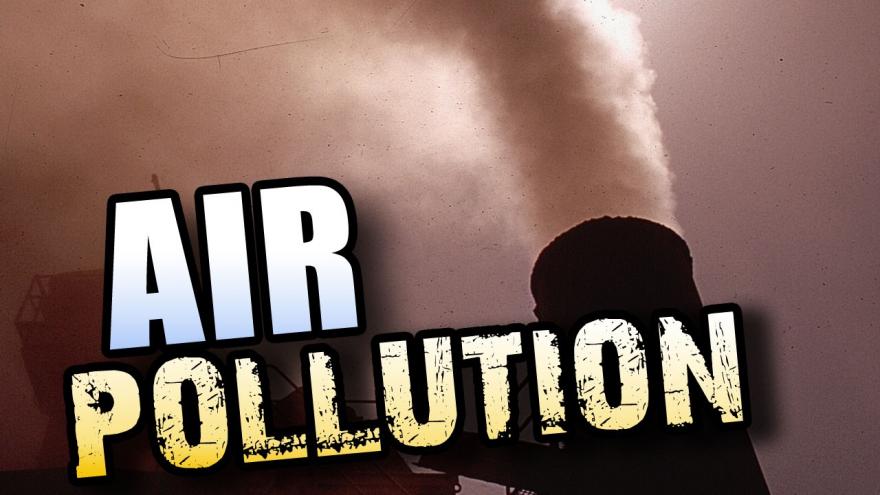 BURNS HARBOR, Ind. (AP) — Environmental regulators are not sure where a northwestern Indiana steel mill's emissions end up after the pollution is released by the sprawling mill, which is a major source of industrial lead and benzene emissions, a newspaper has found.

Over the last decade, airborne emissions of both toxic substances have sharply increased from the mill, even as airborne levels of those substances dropped nationwide, the newspaper reported.

And more could be on the way if Luxembourg-based ArcelorMittal — the world's largest steel-maker — ramps up U.S. production in response to President Donald Trump's controversial tariff on imported steel.

Even tiny amounts of lead, a toxic heavy metal, can damage the brains of young children and trigger learning disabilities, aggression and criminal behavior later in life if it's ingested or inhaled. Benzene is a volatile chemical known to cause leukemia.

On days when lead pollution is monitored just west of the steel mill, those levels are well below federal standards.

The mill complex is along Lake Michigan and about 20 miles (32 kilometers) southeast of Chicago. The Burns Harbor mill is a big polluter because it produces steel from scratch, a process that generally involves baking coal into high-carbon coke and processing iron ore for the plant's blast furnaces.

The U.S. Environmental Protection Agency's regional office in Chicago said it started an analysis this summer to determine where the mill's lead pollution ends up. About 38,000 people live within 5 miles (8 kilometers) of the steel mill.

A state analysis of local wind patterns suggest that the lead released by the mill complex could be blowing north and west toward Chicago or south toward the Indiana community of Chesterton.

"It definitely requires some work to solve a mystery like this," said Miriam Rotkin-Ellman, a senior scientist at the nonprofit Natural Resources Defense Council who researches air pollution. "But there are plenty of scientific tools available to the EPA to figure this out if they want to use them."

ArcelorMittal said data from its monitoring station shows that there isn't any evidence that the mill's lead emissions exceed regulatory standards or poses a threat to public health. The station samples airborne lead every six days near the mill.

ArcelorMittal spokesman Bill Steers said the company has invested millions of dollars in pollution-control equipment and is continuing to look for ways to reduce emissions.