Remains discovered in Texas in 2013 have been identified as a teen missing since 2000, officials say 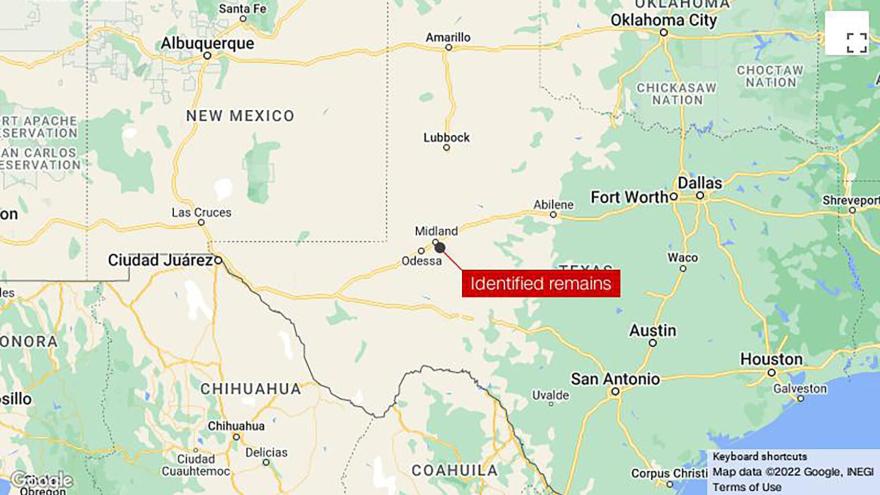 Human remains found in West Texas in 2013 have been identified as a teen reported missing more than 20 years ago, state officials said.

(CNN) -- Human remains found in West Texas in 2013 have been identified as a teen reported missing more than 20 years ago, state officials said.

The remains, now identified as Sylvia Nicole Smith, were found in Midland County while workers were surveying near an oil field well site, the Texas Department of Public Safety (DPS) said in a statement Monday.

Smith was 16 years old when her mother filed a runaway report with Midland police after having not seen her for four days, according to DPS.

In 2013, Smith's then-unidentified remains were sent to the University of North Texas Center for Human Identification, where results of DNA extraction and an anthropology report revealed the remains were of a female between the ages of 14-21 and likely the victim of a homicide, the statement said.

The DNA results were then put into the Combined DNA Index System, DPS said, in the hopes of finding a match.

In 2020, after years of no results, DPS' Texas Rangers coordinated with the Midland County District Attorney's Office to send the remains for advanced DNA analysis that would provide a more accurate physical description, according to the statement. Results showed that the victim was African American and provided information on her eye and hair color.

A genetic genealogist examined the DNA to match it to a distant relative, DPS said, and after interviewing many potential relatives, the Rangers came across Smith's mother, who told them her daughter had been missing since 2000. The University of North Texas verified the remains were Smith after collecting DNA samples from her relatives.

A homicide investigation is now underway, DPS said, and the Rangers ask anyone with information into her disappearance to come forward.