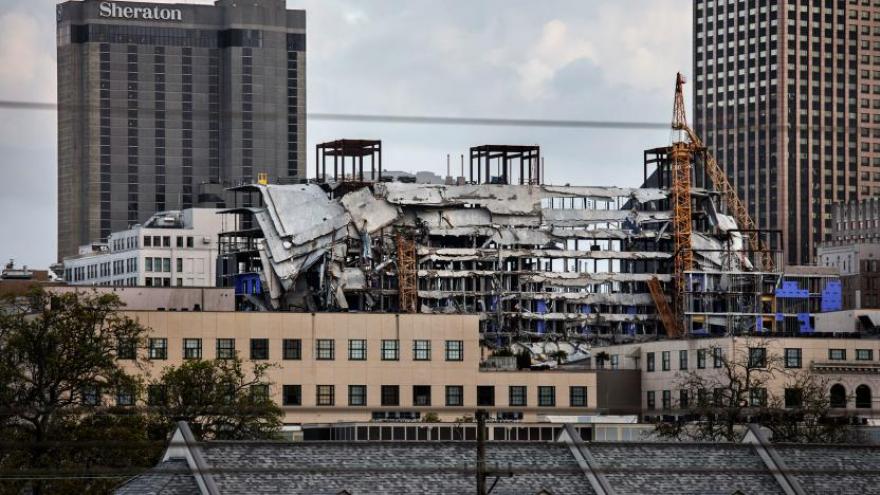 The remains of Quinnyon Wimberly, a 36-year-old construction worker, have been recovered from the collapsed Hard Rock hotel in New Orleans, Mayor LaToya Cantrell said Saturday, 10 months after the disaster.

(CNN) -- The remains of a construction worker have been recovered from the collapsed Hard Rock hotel in New Orleans, Mayor LaToya Cantrell said Saturday, 10 months after the disaster.

Quinnyon Wimberly, 36, was one of three construction workers killed in October, though only one body was recovered at the time.

Wimberly's family was at the wreckage site Saturday while his remains were extracted, officials said.

"This has been a long journey, but the longest journey has been for the families mostly impacted by this collapse," Cantrell said.

A stretcher-like bucket attached to a crane carried down the the remains, video from CNN affiliate WDSU shows.

"Words really cannot even describe what it felt like to see the bucket come down," Cantrell said.

She said she has spoken to Wimberly's family weekly and, at times, daily since his death.

The body of Jose Ponce Arreola, 63, will be removed next, Cantrell said.

The structure on the edge of the French Quarter partially collapsed on October 12, 2019, killing three and injuring dozens.

Recovery teams were unable to reach the two remaining bodies because the collapsed building was unstable.