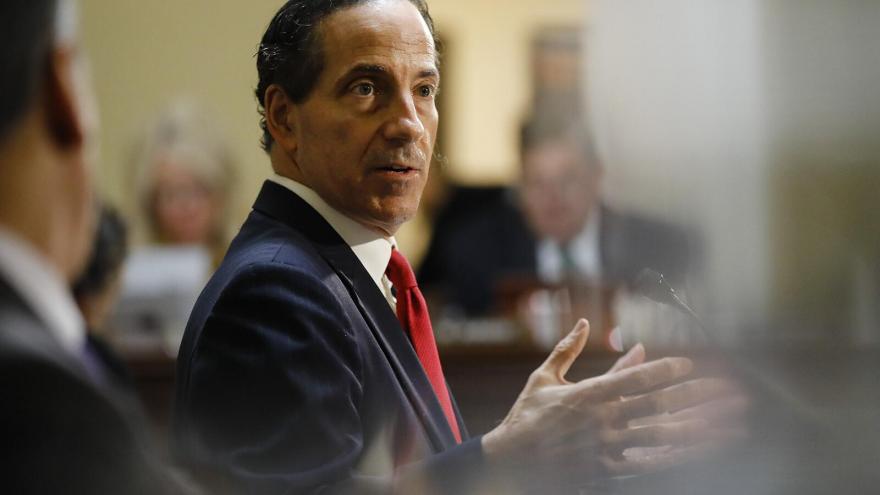 Rep. Jamie Raskin and his wife, Sarah, published an emotional tribute to their late son, Tommy, who died by suicide at 25 years old last week. In this image, Raskin speaks during a House Rules Committee hearing on Dec. 17, 2019, on Capitol Hill in Washington.

(CNN) -- Rep. Jamie Raskin and his wife, Sarah, published an emotional tribute to their late son, Tommy, who died by suicide at 25 years old last week, describing him as "a radiant light in this broken world."

"Tommy Raskin had a perfect heart, a perfect soul, a riotously outrageous and relentless sense of humor, and a dazzling radiant mind," the pair wrote.

The Maryland Democrat had announced his son's death on New Year's Eve and said in a statement this weekend that he was launching a memorial fund in Tommy Raskin's name that will benefit the charities he championed, including the Helen Keller Institute and Animal Outlook.

In their essay Monday, the Raskins detailed Tommy Raskin's lifelong penchant for helping others, describing him as a "daring outspoken defender of all outcasts and kids in trouble" who "always made time for the loneliest kids in class" at every stage of life.

During his high school prom, the Raskins wrote, Tommy Raskin "threw a dinner party for 24 fellow students, including classmates who had no date that evening, and they all went to prom together as a group."

"He hated cliques and social snobbery, never had a negative word for anyone but tyrants and despots, and opposed all malicious gossip, stopping all such gossipers with a trademark Tommy line — 'forgive me, but it's hard to be a human.' "

The Raskins described the joy they felt as parents as they watched their son, a second-year student at Harvard Law School and a graduate of Amherst College, "follow his own piercing moral and intellectual insights looking for answers to problems of injustice, poverty and war."

"He began to pen these extraordinary essays and articles that now add up to well over 100 as well as write plays and extremely long polemical poems, which he eagerly performed for audiences astounded by his precocious moral vision, utter authenticity of emotion, and beauty of expression," the Raskins wrote.

The Raskins said Monday that Tommy Raskin began experience depression in his 20s, something that became "a kind of relentless torture in the brain for him."

"And despite very fine doctors and a loving family and friendship network of hundreds who adored him beyond words and whom he adored too, the pain became overwhelming and unyielding and unbearable at last for our dear boy, this young man of surpassing promise to our broken world."

The pair said their son had "left us this farewell note on New Year's Eve day: 'Please forgive me. My illness won today. Please look after each other, the animals, and the global poor for me. All my love, Tommy.' "