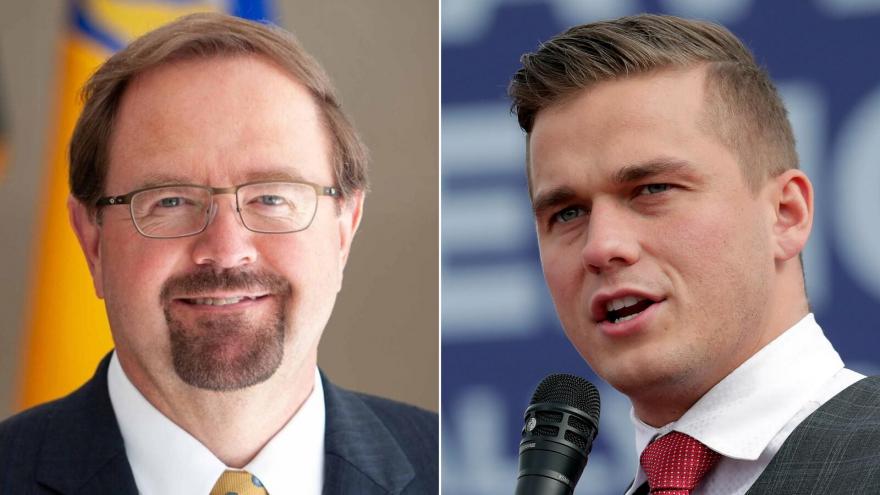 Edwards confirmed the call in remarks to supporters.

"I received a call from Congressman Cawthorn just a few of minutes ago. Just as I expected, he presented himself in a very classy and humble way and offered his support to our campaign in absolutely anyway that we can use him," the state senator said.

Edwards was one of seven candidates looking to oust the Trump-backed Cawthorn. He was backed by North Carolina Sen. Thom Tillis as well as state Senate leader Phil Berger and a number of other North Carolina Republicans.

Trump doubled down on his support for Cawthorn earlier this week, asking voters to give the firebrand freshman, who is the youngest member of the US House, "a second chance."

Cawthorn also last month was cited for bringing a loaded handgun through a Transportation Security Administration checkpoint at the Charlotte Douglas International Airport -- the second time in just over a year that airport authorities had stopped him with a gun. In March, he faced charges of driving with a revoked license for the second time in five years.

In addition to publicly and privately rooting for Cawthorn to lose his North Carolina primary race on Tuesday, some Republicans had already started preparing for how to deal with him if he returned to Congress after becoming a party pariah, CNN previously reported.

Tillis, the North Carolina Republican who worked actively to defeat Cawthorn in the primary, said he heard discussions among his colleagues about banning Cawthorn from joining certain caucuses in the House and to deny him key committee assignments. A House Republican familiar with the matter confirmed the discussions.

"Certainly if this pattern of behavior doesn't end, I think that there could be consequences over there," Tillis told CNN.

"But I hope that if he were to win, I hope he views this as a very valuable education on what we expect in terms of respect for your colleagues at either end of the spectrum, and a focus on legislative outcomes. Less, you know, less attention seeking, more results producing," Tillis added.

The litany of controversies had angered and annoyed a number of Cawthorn's colleagues.

North Carolina GOP Sen. Richard Burr, who had called Cawthorn an "embarrassment on any day that ends in y," was equally as blunt, saying: "I doubt it," when asked if congressional Republicans would embrace him if he wins.