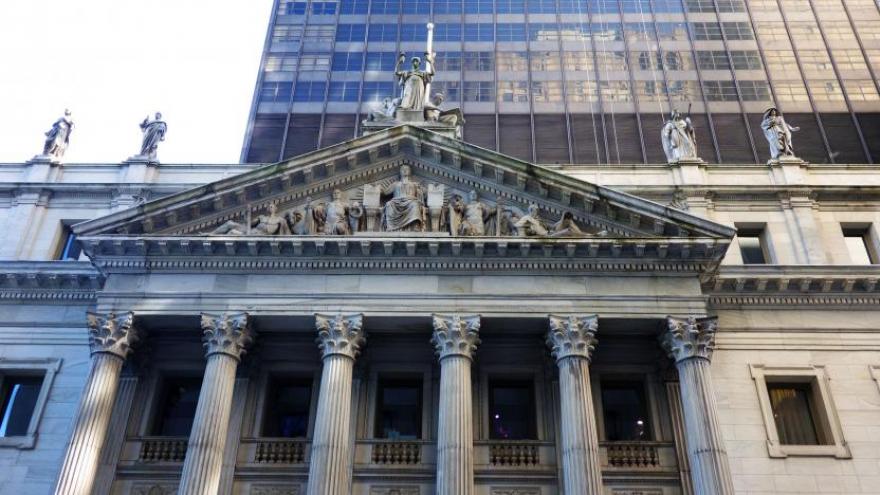 (CNN) -- A report that was made public Thursday reveals "long-simmering racial tensions" among court officers and racist statements made openly by attorneys, judges, and other courthouse personnel in New York State courts.

The report was put together by a team headed by former Secretary of Homeland Security Jeh Johnson, who was appointed to conduct a review of racial bias in the state court system in June by New York State Chief Judge Janet DiFiore.

DiFiore said in June that her request for the report was spurred by the killing of George Floyd and came two days after a Brooklyn court officer allegedly posted a racist illustration depicting President Obama with a noose around his neck, which Johnson says "peeled the lid off of long-simmering racial tensions."

The biggest issue Johnson identified was an "under-resourced, over-burdened" court system and "the dehumanizing effect it has on litigants," especially people of color, in housing, family, civil and criminal courts. Johnson said it has created what is in effect a "second class system of justice" for people of color in New York.

People involved in cases often wait for hours or even come back another day for their case to finally be called, which causes many to miss work or spend much needed resources on additional childcare, the report states. Interviewees across the state also said there was an established practice of scheduling litigants who have paid for counsel on their own before clients who are represented by public defenders or legal aid attorneys.

One public defender detailed an incident where she was in an elevator with her Black, teenage clients, when a White court officer sergeant said, "Keep running your mouth. You'll always be a n***er."

"According to interviewees, these incidents were reported, but the court officers involved were not disciplined," the report states.

"These court officers also told us they felt they could not report incidents of bias for fear of being ostracized by their fellow officers and facing adverse career consequences from powerful and entrenched union leaders," Johnson said. "We note that at least one union leader has himself posted offensive messages on social media, leading several court officers to brand union leadership as a "safe haven for racist speech and actions."

CNN has reached out to the New York State Court Officers Association for comment.

Many interviewees, Johnson said, told his team that they don't feel comfortable filing complaints about racial bias for fear of retaliation from superiors or colleagues.

One former prosecutor said "black defendants are more often handcuffed when appearing for minor infractions, while their white counterparts are not," according to the report.

"Even some judges told us they hesitate to report court officers, citing incidents where court officers have created a hostile environment for judges who they feel have criticized them," the report states. "One very senior judge confided that she is aware that some judges are afraid of reprimanding or correcting the misbehavior of certain court officers in their courtrooms."

The report notes that all new judges receive bias training, but that judges "expressed fear of raising issues of racial bias, out of concern for blowback from fellow judges. Court attorneys, as at-will employees, fear reporting incidents of bias against the judges they work for."

Attorneys were also accused of making comments that were overly racist and condescending to litigants of color, the report says.

"One public defender reported an instance in which he witnessed a court-appointed attorney buy boots on her iPad while her client lost custody of her child in Family Court," according to the report.

The report notes that while there is bias training for judges, training for non-judicial court employees doesn't appear to be "consistent." Court officers receive a form of implicit bias training at their academy, the report said, but the writers were told the training was "lacking" and "did not actually prioritize understanding racial bias."