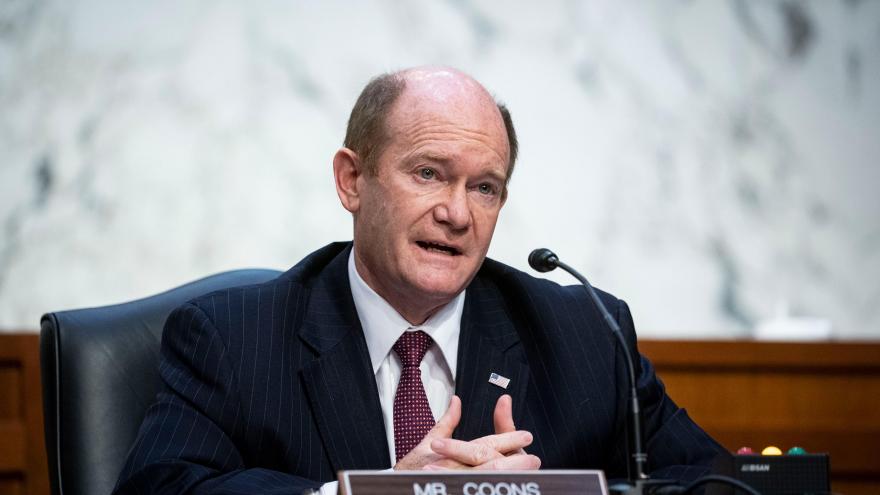 Coons said it is "critical" that the Ethiopian Human Rights Commission (EHRC) and the United Nations Human Rights office "have the necessary access and support required to carry out a thorough, independent, and transparent investigation into war crimes and abuses by all actors."

A US State Department spokesperson told CNN on Friday that officials "are gravely concerned by reported human rights violations, abuses, and atrocities" in the region and noted increasing urgency "to establish independent, international investigations."

The Ethiopian Human Rights Commission is an Ethiopian state-appointed body, part of a US-supported joint mechanism tasked with carrying out investigations into alleged atrocities in Tigray.

The head of the US House of Representatives Foreign Affairs Committee, Congressman Gregory Meeks, has called for the international community to take the lead in any proposed investigation. In comments on CNN's findings, Meeks called for investigations to be "internationally led."

The office of Prime Minister Abiy Ahmed told CNN in a statement, "The Ethiopian government has indicated its open will for independent investigations to be undertaken in the Tigray region."