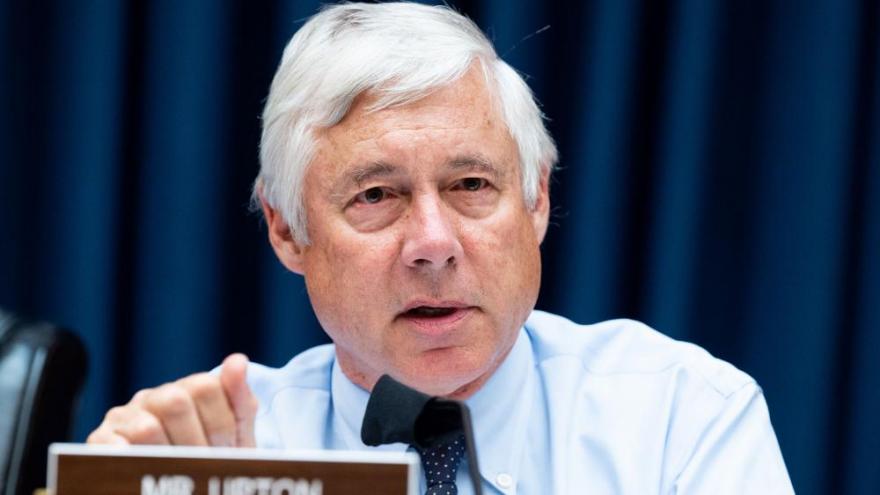 Republican Rep. Fred Upton on Monday shared a threatening voicemail he had received after voting for the bipartisan infrastructure bill last week. Upton is shown here at a hearing of the House Committee on Energy & Commerce Subcommittee on Energy.

(CNN) -- Republican Rep. Fred Upton on Monday shared a threatening voicemail he had received after voting for the bipartisan infrastructure bill last week.

In the voicemail, which Upton played during an interview with CNN's Anderson Cooper on "AC360," a caller told the Michigan Republican: "I hope you die. I hope everybody in your f**king family dies," while labeling him a "f**king piece of sh*t traitor."

Upton was one of just 13 House Republicans who voted with Democrats on Friday to pass the $1.2 trillion infrastructure bill after hours of delays and debating among Democrats. The legislation, which passed the Senate in August, will deliver $550 billion in new federal investments in America's infrastructure over five years, including roads, bridges, mass transit, rail, airports, ports and waterways.

Following the Friday vote, Upton tweeted in part, "I regret that this good, bipartisan bill became a political football in recent weeks. Our country can't afford this partisan dysfunction any longer."

On Monday evening, he told Cooper, "I'll tell you it's a terrible way -- we have seen civility really downslide here. I'm concerned about my staff. They are taking these calls."

"These are very disturbing, adult language," he added. "To say the least, that truly is frightening."

Upton's office said the voicemail was not an isolated incident. The calls came after GOP Rep. Marjorie Taylor Greene of Georgia tweeted the phone numbers of those who had voted for the bill and later called them traitors.

Upton was also among the 10 House Republicans who voted to impeach then-President Donald Trump for his role in inciting the January 6 riot at the US Capitol, and Upton has criticized other GOP lawmakers for downplaying the episode.

"It's absolutely bogus. You know, I was there. I watched a number of the folks walk down to the White House and then back. I have a balcony on my office. So I saw them go down. I heard the noise -- the flash-bangs, I smelled some of the gas as it moved my way," he told CNN's Dana Bash on "State of the Union" in May when asked about comments made by several congressional Republicans who attempted to rewrite what had happened at the Capitol on January 6.