Rescue of injured 74-year-old hiker spins out of control 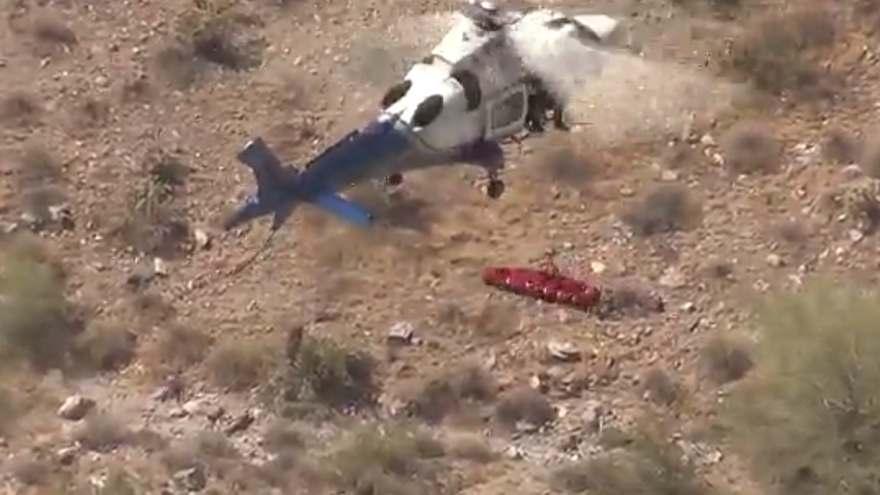 PHOENIX (AP) — Authorities say a 74-year-old hiker whose head and face were injured in a fall on a Phoenix mountain endured a wild ride in a stretcher as she was being hoisted into a helicopter.

Phoenix Fire Department officials say the woman was treated for dizziness and nausea but suffered no other ill effects when the stretcher spun ever-faster in the backwash of the helicopter's rotor blades.

ABC15 Arizona's television chopper recorded the mishap as the rescue crew lifted the injured hiker from Piestewa Peak on Tuesday morning. The crew said a second line meant to prevent the spinning broke. Eventually the rescue copter's forward motion slowed the spinning enough to bring the woman into the cabin.

Officials said she was treated at a trauma center and listed in stable condition.