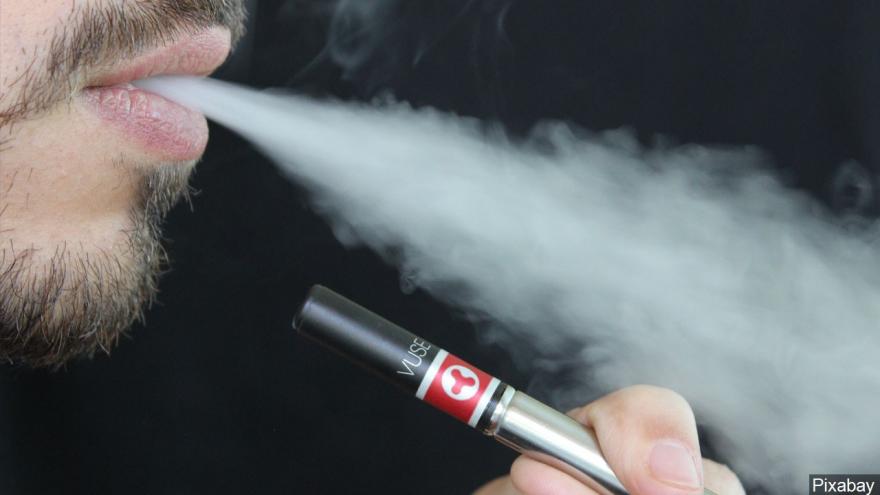 (CNN) -- Lung damage in those using e-cigarettes might be caused by chemicals in the vape liquid, according to a letter published Wednesday in the New England Journal of Medicine.

The findings are among the first to offer insight into what might have sickened more than 800 people in recent months who vaped. At least 17 people nationwide have died from vaping-related illnesses. The cause is unclear, although several federal and state agencies are investigating.

Researchers from the Mayo Clinic found the lung damage was similar to a chemical burn. "It seems to be some kind of direct chemical injury, similar to what one might see with exposures to toxic chemical fumes, poisonous gases and toxic agents," Dr. Brandon Larsen, a surgical pathologist at the Mayo Clinic in Arizona, said in a hospital press release.

The researchers looked at samples of lung tissue from 17 people, all of whom had vaped and 70% had used marijuana or cannabis oils. Two of the samples were taken from patients who died, according to the Mayo Clinic.

The accumulation of fatty substances such as oils were suspected in the lung damage, but researchers said there was no evidence they were the cause.

"Based on what we have seen in our study, we suspect that most cases involve chemical contaminants, toxic byproducts or other noxious agents within vape liquids," Larsen said.

The question that remains for researchers is what those chemicals are that may be causing the injuries. More investigation into that is needed, Larsen said.

The most recent vaping death was that of an Alabama man, authorities announced Wednesday.

"While this current outbreak is being investigated, the safest option is to refrain from using any e-cigarette or vape product," State Health Officer Dr. Scott Harris said in a statement Wednesday.

And just one day prior, a vaping-related death was reported in both Virginia and New Jersey.

Fourteen other deaths have been identified nationwide as part of the multistate outbreak of lung injury associated with vaping: two in California, two in Kansas, two in Oregon, and one each in Illinois, Indiana, Minnesota, Missouri, Florida, Georgia, Mississippi and Nebraska.