Researchers predict up to 19 named storms this hurricane season. Here are their names 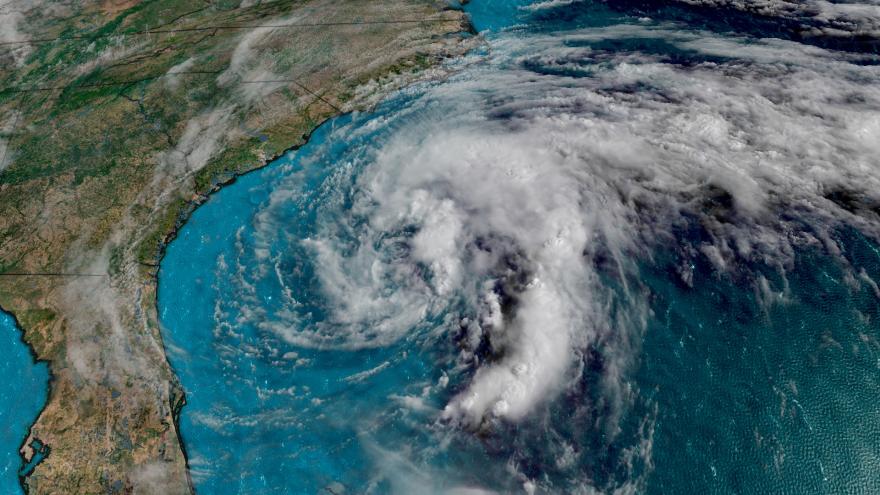 Researchers at the National Oceanic and Atmospheric Administration (NOAA) are predicting up to 19 named storms. They also forecast that 6-10 storms could become hurricanes (bearing winds that reach 74 mph or higher). Credit: CNN Weather
By Allen Kim, CNN

(CNN) -- Hurricane season is officially here, and if 2020 wasn't already pummeling us enough, it's expected to be a busy year for storms in the Atlantic.

Researchers at the National Oceanic and Atmospheric Administration (NOAA) are predicting up to 19 named storms. They also forecast that 6-10 storms could become hurricanes (bearing winds that reach 74 mph or higher).

The Atlantic hurricane season runs from June 1 through November 30 and the seasonal average is 12 named storms, with six being hurricanes.

Two named storms, Arthur and Bertha, formed ahead of the official season. This week the third, named Cristobal, could develop.

The World Meteorological Organization puts out a list of 21 storm names every year, and once storms form in the ocean they are given names from that list. Names alternate between male and female and are in alphabetical order.

"The last season with four or more major hurricanes was the record damage-causing year of 2017 that saw Hurricanes Harvey, Irma and Maria," CNN meteorologist Brandon Miller said. "All caused significant damage in the US and Caribbean."

The probability of landfall for any single location is low, as forecasts do not precisely predict where a storm might strike.

"Coastal residents are reminded that it only takes one hurricane making landfall to make it an active season for them," Colorado State University researchers Philip Klotzbach, Michael M. Bell and Jhordanne Jones wrote in a report in April.

This is why it's important to prepare for hurricane season, and even more so now with the world in the midst of a pandemic.

"Social distancing and other CDC guidance to keep you safe from Covid-19 may impact the disaster preparedness plan you had in place, including what is in your go-kit, evacuation routes, shelters and more," said Carlos Castillo, acting deputy administrator for resilience at FEMA.

"Natural disasters won't wait, so I encourage you to keep Covid-19 in mind when revising or making your plan for you and your loved ones, and don't forget your pets."

The National Weather Service has added a face mask and hand sanitizer to its hurricane preparedness checklist based on guidance from the Centers for Disease Control.