Residents can go home after Massachusetts explosions, but long road to 'normalcy' remains 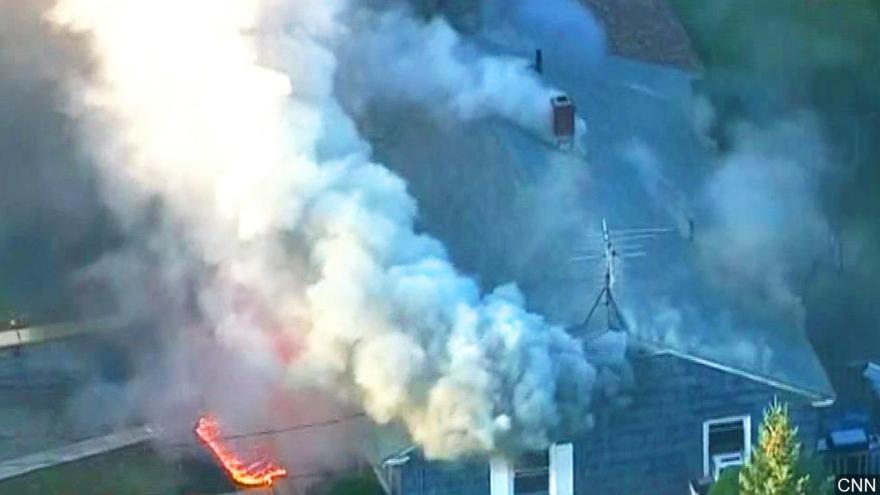 (CNN) -- Three Massachusetts cities are nearing a critical first step of recovery -- ensuring homes are safe and have power -- after a deadly series of fires and explosions last week, Gov. Charlie Baker said.

But for families like Deborah Mojica, 43, and her son Julean Pizarro, 24, there remains an uneasy feeling even within their own homes.

"I feel terrified being inside," Mojica said. "Every time I hear the siren of a fire engine, I think, 'Oh, my God, what's happening now.' "

Mojica's comments show the broader issue still facing residents of Lawrence, Andover and North Andover on Sunday. At least one person, a teen, was killed and several more were injured when more than 60 suspected gas fires broke out in the three towns north of Boston. Thousands were evacuated, and 18,000 people lost power at one point.

National Transportation Safety Board Chairman Robert Sumwalt said Sunday that an underground regulator -- a device that measures pressure levels and then adjusts gas flow -- was attached to a gas line that was being capped off and taken out of service on Thursday. He said the NTSB would look into whether that had an effect.

By 6:30 a.m. Sunday, utility workers accessed 8,600 meters, turned them off and cleared each home of gas in the cities, the governor said. All homes should have power restored by later in the morning, he said.

Andover and North Andover announced schools will be open Monday, while Lawrence needs more time to "restore gas/electric to closed buildings and multiple other facilities in use for emergency services," according to a tweet from the school district.

"We still have a very long way to go, but we're very happy that people can return to their homes this morning," Gov. Baker said.

Leonel Rondon, 18, was killed after a chimney that had been blown off a home in one of the explosions struck a car in Lawrence, CNN affiliate WHDH reported. He died at a hospital, authorities said.

Nori Soto, 38, lives in South Lawrence with her three boys ages 19, 15, and 3. She was just getting home from work late last week when she saw smoke at the home across the street.

"I saw the smoke and I had a panic attack. I ran inside my house to search for my kids and get them out," Soto told CNN. "I grabbed a bunch of my personal documents and ran to the park. It looked like it was going to explode and my knees were shaking."

Soto said she went out and bought an electric stove because she's too scared to use the gas.

"It's very dangerous. I've seen what it can do. It's like a time bomb," Soto said.

Mojica and Pizarro also live in South Lawrence and said that a fire started in the basement of their home. They were told to evacuate but stayed because they were afraid of looters taking the little they have.

Even so, she wasn't convinced it was safe to stay there.

Leifri Liria, 29, lives on Springfield Street in South Lawrence with his brother and his brother's wife and kids. He said the family has been staying at his mother's place, not far from where they live, since the fires.

"This is a situation with gas. You never know. That's why I haven't slept here," he said. "I'm terrified something will happen while I'm asleep."

Investigation into what happened

An investigation into what caused the fires and blasts remains underway, but on Saturday, National Transportation Safety Board Chairman Robert Sumwalt said that a pipeline controller in Columbus, Ohio, noticed a pressure increase in a pipeline in Lawrence.

The NTSB, which is investigating because transportation -- in this case, of natural gas -- was involved, will look into system procedures, operations and safety culture at Columbia Gas and its parent company NiSource, as well as construct a timeline of events surrounding the fires.

"We are very interested to understand the operations of Columbia Gas. We will be looking at their record keeping, their procedural compliance, their procedures, their training, the oversight of their contractors," Sumwalt said, adding that he expects his agency to remain in the area through the week, if not longer.

A full report on the exact cause may not be complete for up to two years, he said.

There is no evidence that anything nefarious contributed to the fires, Sumwalt said.

The next two phases of recovery, Baker said, will be assessing damage to the low-pressure gas system and having technicians inspect each piece of equipment that distributes gas.

Police and fire personnel, as well as 120 utility representatives, will be on standby as people return to their homes, the governor said. Residents should contact authorities if they smell gas, or notice fire-related damage or anything odd with their gas appliances, he said.

"It's going to be a complicated process to get you back to normalcy," Lawrence Mayor Dan Rivera said.

Residents, he said, should make sure to keep lists of any expenses they incurred from their displacement, whether it's spoiled groceries and broken appliances or child care and lost wages.

Authorities hope to have a plan -- and perhaps hotels -- for the dozen or so families permanently displaced soon, Rivera said.

The Red Cross reported Friday that about 400 people were staying in shelters. The remaining displaced residents, which officials say are in the thousands, likely stayed with friends and family, Red Cross spokesman Jeff Hall said.

Baker declared a state of emergency Friday and said New England-based Eversource would replace Columbia Gas as the lead utility in the recovery efforts. The governor and Columbia Gas of Massachusetts president Steve Bryant have quibbled over the utility's level of preparedness.