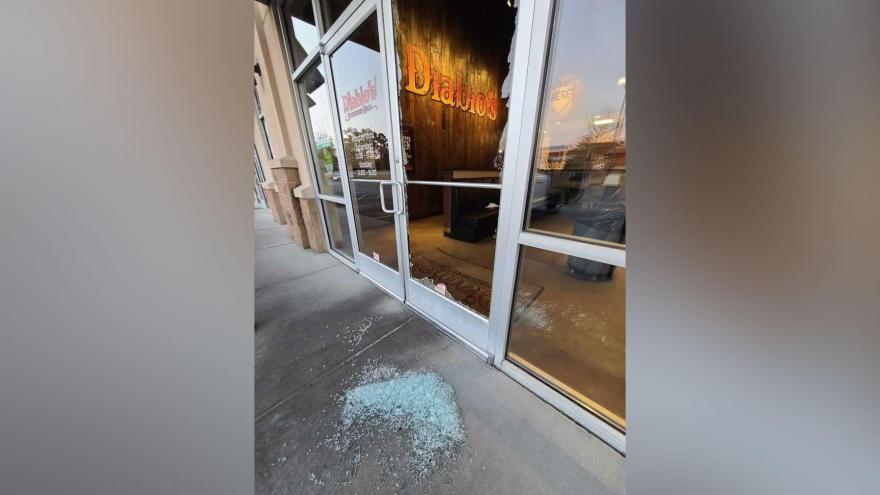 The owner of Diablo's Southwest Grill in Augusta, Georgia, says the burglar is "clearly struggling with life decisions or having money issues."

(CNN) -- After someone broke into an Augusta, Georgia, restaurant over the weekend, the owner of the business responded in an unusual way: He offered the suspect a job.

"No police, no questions. Let's sit down and talk about how we could help you and fix the road you're on," Carl Wallace wrote in a Facebook post, which included an image of the smashed door.

Wallace has owned Diablo's Southwest Grill for about eight years. He said someone broke in around 4 a.m. Saturday, took off with an empty register and was out within 45 seconds as the restaurant's alarm went off.

Wallace told CNN his initial reaction was "anger" and "frustration," but then he felt sorry for the person.

"You feel sorry that this is their chosen path in life. You also think about the dangers that this person is putting themself in every single time they do this."

Wallace said he thinks the same person recently targeted at least two other nearby businesses. He said the owners told him they were also the victims of an attempted robbery and that their surveillance footage matched his.

With the break-in happening Easter weekend, Wallace said responding with forgiveness seemed like the right thing to do.

"It was about just trying to be a mentor to somebody that's clearly on the wrong path in life," Wallace said.