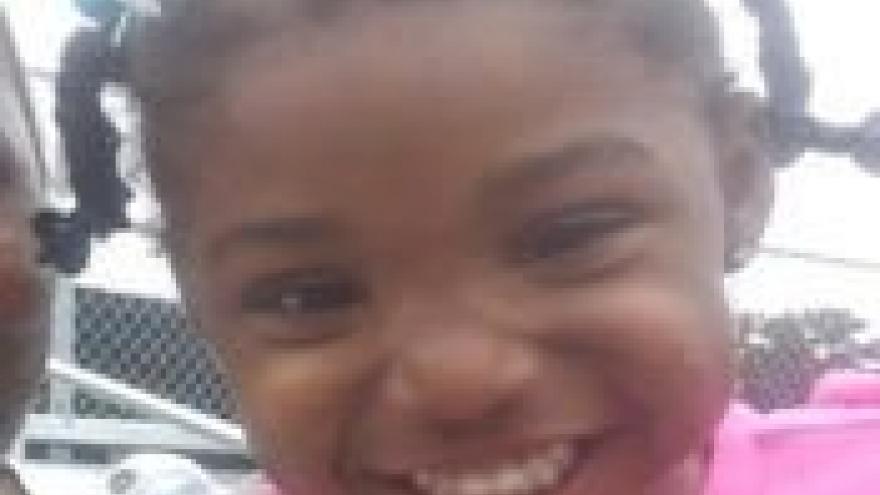 Alabama police have converged on an apartment complex in the search for Kamille \"Cupcake\" McKinney, a 3-year-old girl reported missing from a birthday party four days ago.
Originally Published: 16 OCT 19 13:13 ET
By Jason Hanna and Amanda Watts, CNN

(CNN) -- After a search of an apartment complex did not reveal new information about a missing 3-year-old girl, the police chief in Birmingham, Alabama, made an impassioned plea Wednesday for whoever took the girl to return her safely.

Birmingham Police Chief Patrick Smith appealed directly to anyone who knows the location of Kamille "Cupcake" McKinney. She vanished Saturday night from a birthday party at the Birmingham housing complex where her family lives.

"We believe that you know where she is and we believe that someone has her," he said. "Please bring this to a safe end and place her back into the arms of her family."

He urged whoever has the girl to bring her to a police station, fire station or hospital, saying he wanted to give the person "safe passage."

Speaking at an evening press conference, the chief announced that the reward in the case has increased to $20,000. The reward, offered by Crime Stoppers of Metro Alabama, is for whoever provided information that assisted police in solving the crime. It is separate from a $5,000 reward offered by Alabama Gov. Kay Ivey, which is contingent on providing information that leads to an arrest and conviction in the case.

"So, you could literally call with your tip today, pick up your money in cash next week and you're totally anonymous," said Frank Barefield, chairman of Crime Stoppers of Metro Alabama. "There's no better deal in town than that."

Smith declined to say what prompted police to converge on the apartment complex in southwestern Birmingham on Wednesday morning, but said the search did not reveal any new information.

Rumors had spread earlier in the day about the girl being found. Smith urged the community not to believe rumors and information posted on social media, but to contact the police department directly if they have information to share.

In response to a question, he said it is possible that whoever has Kamille could be moving her around to different locations.

Police have been searching for Kamille since Saturday night, when witnesses told them that she left a party at Birmingham's Tom Brown Village housing community with a woman in a dark-colored SUV.

An Amber Alert was issued; police said she may have been abducted by a woman and a man, and that she is believed to be in extreme danger.

Wednesday's apartment complex search -- about 7 miles from where Kamille was last seen -- drew a crowd to the area. Police posted video of their vehicles parked nearby, some blocking roads leading to the complex.

Two people in custody are still being questioned, police say

A man and a woman were taken into police custody Sunday night for questioning after investigators found a vehicle matching the description of the SUV, authorities said.

Investigators did not immediately get any information about the child's location when they interviewed the detainees, police said. But those two still were "still being questioned by our investigators," Williams said Wednesday.

Smith said the pornography was found on Stallworth's cellphone. He's being held with bond set at $500,000.

Derrick Irisha Brown, 29, is being held on a probation revocation with no bond. Her probation was for an unrelated kidnapping, Smith said.

Smith said police so far have not found any connection between the two and Kamille's family.

It is not known if either Brown or Stallworth have attorneys.

Investigators are waiting for DNA evidence to determine whether Kamille was ever in the vehicle, Smith said.

Kamille's father is begging for the return of his daughter.

"Drop her off anywhere and let her out. Somebody will see her. Everybody knows what's going on," Dominic McKinney told CNN affiliate WBMA. "That will be the end of that. We just want the baby back."

Alabama Gov. Kay Ivey is offering a $5,000 reward for information leading to the arrest and conviction of anyone involved in Kamille's kidnapping, and a private individual put up another $1,000.

Kamille is 3 feet tall, weighs 60 pounds and has brown eyes and black hair, according to the Amber Alert. She was last seen wearing a pink T-shirt with a Minnie Mouse leopard print design.