Robert Durst's murder trial has been postponed until April 2021 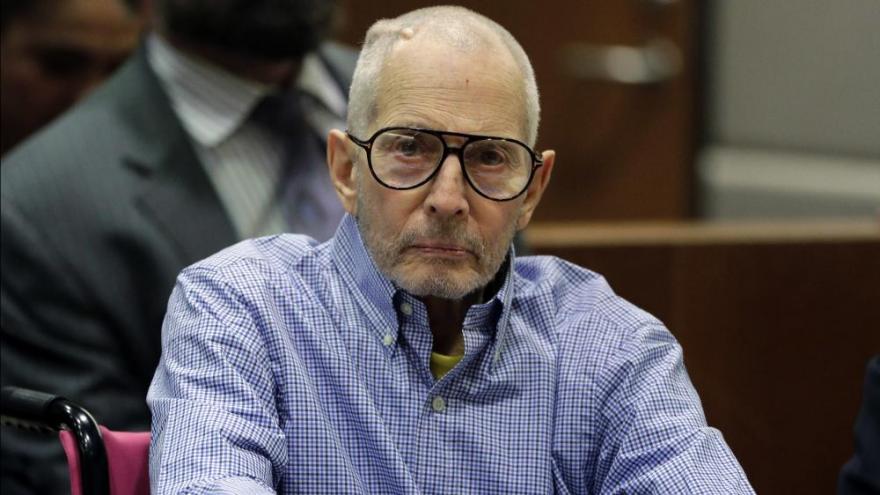 Real Estate Heir Robert Durst appears in the Airport Branch of the Los Angeles County Superior Court during a preliminary hearing on December 21, 2016 in Los Angeles, CA. Durst is charged with capital murder.

(CNN) -- A Los Angeles judge on Friday ordered the murder trial of real estate tycoon Robert Durst be postponed -- again -- until next year.

Durst, 77, was not in the courtroom when L.A. County Superior Court Judge Mark Windham announced that the prosecution and defense team had agreed to the lengthy postponement. The trial will resume on April 12, 2021.

Durst is accused of killing his close friend and confidante Susan Berman to allegedly stop her from incriminating him in the 1982 disappearance of his first wife, Kathleen McCormack.

The trial was initially suspended in March due to concerns over the coronavirus, after just a few days of witness testimony. It was set to resume July 27 before Los Angeles Deputy District Attorney John Lewin proposed earlier this month that the trial be delayed until next year.

In June, Durst's attorney, David Chesnoff, argued for a "fresh start," saying a new jury should be picked due to concerns over jurors being able to accurately recall prior testimony and their exposure to outside influences during the trial's break.

The defense team requested a mistrial, but Windham ultimately denied the motion.

Durst, the subject of the HBO documentary "The Jinx," is accused of shooting Berman in the head at her Beverly Hills home on December 23, 2000.

Durst has pleaded not guilty to first-degree murder and has denied that he killed Berman, though a defense attorney conceded during opening arguments in March that Durst found her body, panicked and ran. He also admitted to writing an anonymous note that led police to Berman's body, something his attorneys had previously denied.

The day she died, Berman was scheduled to talk to police about Durst's first wife, Kathleen McCormack Durst, who disappeared in 1982 and whose body has never been found. Prosecutors allege that Durst killed Berman to keep her from incriminating him. Durst has repeatedly said he had nothing to do with his wife's disappearance.

Durst was arrested and charged in March 2015. He's being housed in a protective medical unit at the Twin Towers jail, according to the Los Angeles County Sheriff's Department. He's looked frail in past court appearances, and has undergone a long list of surgeries, including the removal of part of his esophagus and the insertion of a stent in his head to drain fluid from his brain. Chesnoff has said his client is at high risk of Covid-19.