One of Robert F. Kennedy's granddaughters has died, family says 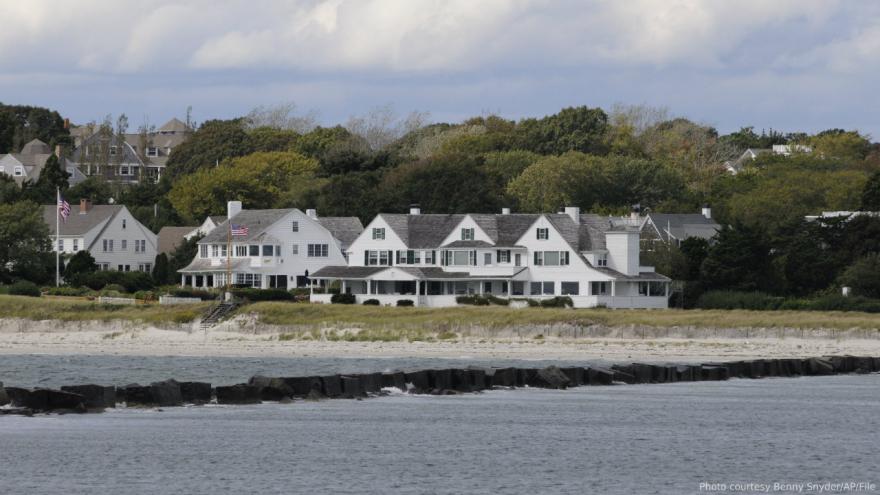 (CNN) -- A granddaughter of Robert F. Kennedy has died, the Kennedy family said in a statement Thursday, hours after paramedics responded to a medical emergency at the Kennedy compound on Massachusetts' Cape Cod.

Saoirse Kennedy Hill was the daughter of Courtney Kennedy Hill, one of the 11 children of the late presidential candidate and the environmental and human rights activist Ethel Kennedy.

She was 22, CNN affiliate WHDH reported. The family has not said how Kennedy Hill died.

"Our hearts are shattered by the loss of our beloved Saoirse. Her life was filled with hope, promise and love," they said.

Her grandmother, Ethel Kennedy, said in the statement, "The world is a little less beautiful today."

Emergency responders were called to a medical emergency at the Kennedy compound in Hyannis Port around 2:30 p.m. Thursday, and someone there was taken to a hospital, Hyannis Fire Lt. David Webb said, without providing details of the emergency.

Tara Miltimore, an assistant district attorney for the area, confirmed someone died relating to an emergency call in Hyannis Port. She did not provide the person's name or information about the cause of death.

Police in Barnstable, the town that includes the Hyannis Port village, are investigating it as a "reported unattended death," Miltimore said.

Kennedy Hill had volunteered in Mexico to build schools in indigenous communities and was "moved by the causes of human rights and women's empowerment," her family said.

"She lit up our lives with her love, her peals of laughter and her generous spirit," the family's statement reads.

The Kennedy compound, a six-acre waterfront property in Hyannis Port, is home to several members of the Kennedy family.

The property captured the nation's attention during the presidency of John F. Kennedy in the 1960s. The presidential helicopter, Marine One, landed there countless times and several high-profile politicians visited it.

She had written about battling depression

Kennedy Hill had attended a private high school in western Massachusetts as recently as 2016, when she wrote an opinion piece for the student newspaper about her struggles with depression.

"My depression took root in the beginning of my middle school years and will be with me for the rest of my life," she wrote in a column in the Deerfield Academy's student publication in February 2016. "Although I was mostly a happy child, I suffered bouts of deep sadness that felt like a heavy boulder on my chest."

The column focused on her return to school for her senior year after she took medical leave for treatment. She lamented, in part, that federal privacy law seemed to prevent her teachers and advisers from knowing what she was going through, and asserted that the school could be better prepared to talk about mental illness.