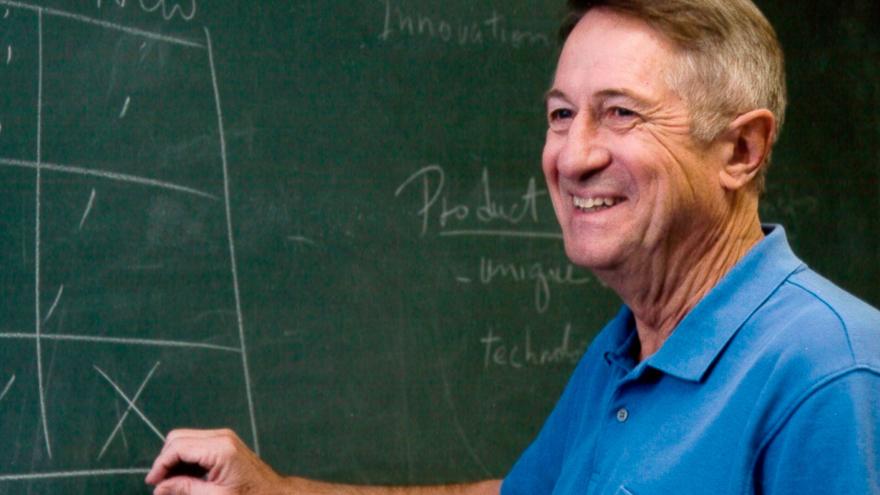 Eric Crossan/W.L. Gore & Associates/AP-Robert Gore invented the breathable-yet-waterproof fabric known as Gore-Tex that revolutionized outdoor wear and is used in numerous other fields. He was 83 when he died.

Gore is best known for his 1969 discovery of "a versatile new polymer form, expanded polytetrafluoroethylene (ePTFE)," the company said in a press release announcing his death.

"The substance provided myriad new product applications including Gore-Tex Fabrics, the world's first waterproof breathable outerwear and a product that through the years has become synonymous with the outdoors," the company said in a release.

The material was used in the wire and cable industry, the company said, even landing on the moon "as part of the historic Apollo 11 mission" in 1969.

Gore is survived by his wife, Jane, along with a large family of children, grandchildren and great-grandchildren as well as four siblings and extended family, the company said.

His parents, Wilbert and Genevieve Gore, founded W. L. Gore & Associates in 1958 in the basement of their Delaware home.

Gore succeeded his father as president and CEO of Gore in 1976, and he led the company for the next 30 years. He served on the company's board of directors for 57 years, 30 of them as chairman. He was named chairman emeritus in 2018.

"Bob Gore appreciated that innovation can arise from many different places if entrepreneurial spirit is encouraged and fostered," said Jason Field, the current CEO of W. L. Gore & Associates.

"We will continue to build on his legacy with a commitment toward breaking new ground and developing solutions that make the world a better place," said Bret Snyder, Gore's nephew and company board chairman.

The company became a billion-dollar enterprise while Gore was president and CEO, and he marked the occasion in 1996 with a speech about the company's legacy.

"We plan to leave a legacy to society and to future generations: infants with surgically reconstructed hearts that live because of our medical products; governments of free societies that are better able to protect themselves because of defense products; communities with cleaner and healthier environments because of our filtration and sealant products; And yes, people that just have more fun in the outdoors because of our Gore-Tex outerwear," he said.