'Rob's rules.' Witnesses testify about how R. Kelly controlled those in his orbit 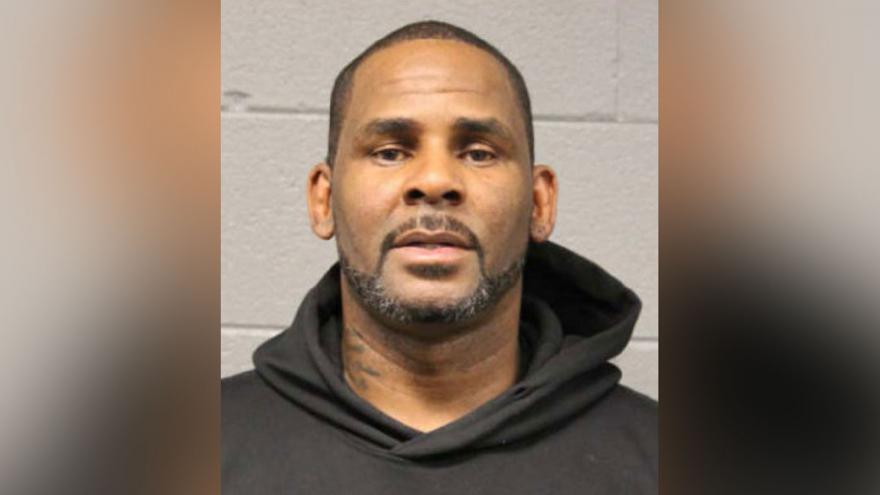 R Kelly\'s booking photo is pictured. To move in R&B singer R. Kelly\'s world, associates and girlfriends had to follow what they called \"Rob\'s rules.\" - US Attorney\'s Office for the Eastern District of New York

(CNN) -- To move in R&B singer R. Kelly's world, associates and girlfriends had to follow what they called "Rob's rules."

In fact, crossing the metal gates of Kelly's former mansion outside Chicago was like stepping into the "Twilight Zone," according to testimony last week in federal court in New York.

Kelly's orbit was a strange and uncomfortable place where the singer controlled young girlfriends and members of his inner circle with strict orders that dictated everything they did, testified Antony Navarro, 36, who worked as a general assistant for the singer.

"It was almost like the 'Twilight Zone,'" Navarro told the jury. "You went into the gate and it was like a different world."

The 54-year-old entertainer, whose full name is Robert Sylvester Kelly, has pleaded not guilty to charges of racketeering and violating the Mann Act, an anti-sex trafficking law.

Separately from the New York case, Kelly faces federal child pornography and obstruction charges in the Northern District of Illinois, and state charges there for multiple counts of aggravated criminal sexual abuse. He has steadfastly denied the accusations.

Prosecutors in Brooklyn allege that Kelly knowingly infected women with herpes, in violation of public health laws that require people who have an infectious venereal disease to notify their partners about their diagnosis.

The first witness for the prosecution, Jerhonda Johnson Pace, 28, testified that Kelly had sexually abused her in 2009 when she was 16. After a few months of having unprotected sexual intercourse with him, she said, she developed genital herpes.

Pace testified that Kelly did not tell her he had herpes. She said Kelly had her examined at his home by a doctor, who told her to take medicine.

The first time Pace stepped foot in Kelly's suburban home was at his invitation one year after his Chicago trial on state child pornography charges in 2008, she testified. He was acquitted in June 2008. A big Kelly fan, Pace told jurors she was a spectator at the trial.

She said she initially told Kelly she was 19 but eventually revealed that she was 16 and a virgin. Pace testified that Kelly told her she should "continue to tell everyone she was 19 and to act 21."

Pace said her sexual relationship with Kelly continued for six months and that, at times, she would be at his home and forbidden from leaving her room.

"I wasn't supposed to tell anyone I was spending time with him," testified Pace, who participated in the Lifetime documentary "Surviving R. Kelly."

Pace also told jurors that Kelly took her cell phone. "He didn't want me in contact with anyone but him," Pace said.

"We were not able to leave out of the rooms. It was a part of the rules -- Rob's rules," Pace testified, using the singer's first name and referring to his girlfriends.

She was not the only witness to mention the rules that dictated the behavior of people around Kelly.

Pace testified that the relationship ended in January 2010 after Kelly became upset that she didn't acknowledge him as he walked into a room.

Pace said Kelly slapped her and choked her "until I passed out." She also testified that he spit in her face and, after she performed oral sex on him and he ejaculated in her face, she wiped her face with her T-shirt, which she turned over to her attorney at the time. Prosecutors said DNA matching Kelly's was found from semen on a T-shirt an accuser wore when she was 16.

Pace said she filed a civil suit against Kelly that was eventually settled out of court for $1.5 million.

CNN reached out to Kelly's attorneys for comment on the DNA found on the T-shirt. Nicole Blank Becker, an attorney for Kelly, called Pace "a self-proclaimed liar" in her opening.

The defense told jurors many of the charges against him are "overreaching" and that Kelly's relationships were consensual.

Guests 'had to get permission to do most things they wanted'

Navarro's testimony also provided a glimpse of life around the R&B superstar.

He was a general assistant for Kelly's recording studio, "The Chocolate Factory," based out of his former Olympia Fields home. Navarro testified that he often gave rides to girlfriends of the singer who came to the house, and sometimes between cities on his 2008 tour.

"I was not supposed to talk to them," Navarro said of the women.

His work experiences with artists like Taylor Swift, Jay Z and Kanye West were "normal" compared to his two-and-a-half years with Kelly -- which Navarro described for jurors as "a weird time."

Navarro said he quit working for Kelly in 2009. He testified that he sued Kelly for not paying him overtime. He recalled that Kelly once docked his pay because he broke a "trivial" rule Kelly had, but couldn't remember which one.

There were many rules. For example, Kelly's girlfriends and guests "had to get permission to do most things they wanted," Navarro testified. Female guests were not allowed to wonder around Kelly's mansion.

"The general rule was if they're not where they're supposed to be, you'd have to call Rob (or a manager)," Navarro said.

On Friday, a former tour manager for Kelly testified how far those in the singer's inner circle would go to protect him.

Demetrius Smith, 65, testified that he was with Kelly and the late singer Aaliyah the day they applied for a marriage license in 1994, when she was 15 years old.

Smith was a reluctant witness, at times telling US District Judge Ann Donnelly he "didn't want to be here, period."

Prosecutors read a 2019 judge's decision that ordered Smith to testify before a grand jury in the case against Kelly. They reiterated that he would not be prosecuted for anything he testified about.

Smith ultimately did testify. But he protested multiple times, with his attorney at his side, often pausing his testimony to consult with her or refreshing his memory by reading part of his grand jury testimony.

Aaliyah believed she was pregnant, and Kelly was worried about going to jail because Aaliyah was only 15 years old, according to Smith.

Smith said he offered to help obtain an official state ID for Aaliyah, and ultimately took her to a welfare office, where he bribed a worker to help make Aaliyah a welfare ID card. But that it did not show her date of birth.

Smith and others in Kelly's inner circle accompanied the singer and Aaliyah to a municipal office where the couple applied for a marriage license.

Carolyn Harris, a supervisor at the Cook County Illinois clerk's office, took the stand and was shown the marriage license application signed by Kelly and Aaliyah. The document showed that Aaliyah's age was listed as 18 at the time.

The marriage was annulled the following year after Aaliyah's family became aware of it, the Chicago Sun-Times reported.

CNN has reached out to Aaliyah's family for comment.

Smith testified that he and other associates of Kelly worked quickly to help then 27-year-old Kelly marry Aaliyah, even though she was only 15 -- "to protect himself, to protect Aaliyah."

Aaliyah, whose full name was Aaliyah Dana Haughton, died August 25, 2001, at the age of 22, in a plane crash that also took the lives of eight others as they traveled back from filming her music video in the Caribbean.

Friday marked the re-release of the five-time Grammy-nominated superstar's studio album, "One In A Million," which hit streaming services.

On the stand, Smith grew increasingly irritated at having to answer questions about the singers' marriage.