Rock used as doorstop for decades identified as $100K meteorite 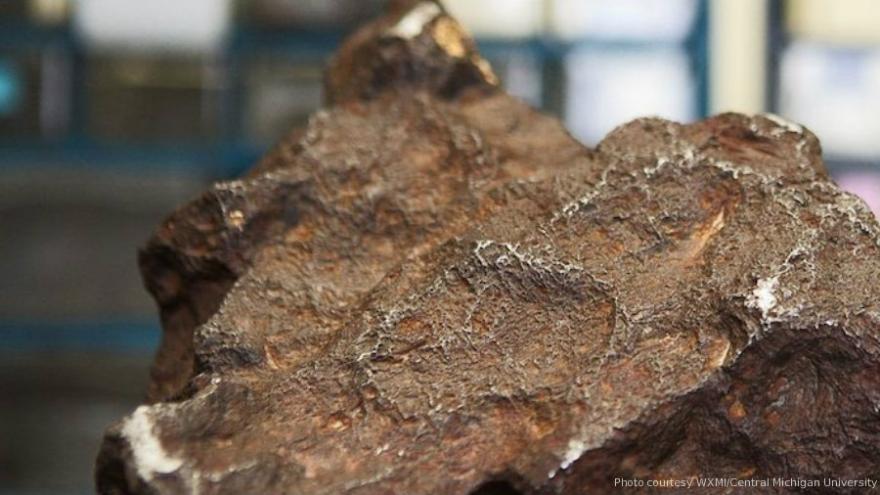 MOUNT PLEASANT, Mich. (WXMI) -- A rock that was used as a doorstop for decades at a Michigan farm has been identified as a meteorite valued at about $100,000.

Central Michigan University says Thursday that the 22.5-pound space rock was recently identified by Department of Earth and Atmospheric Sciences professor Dr. Monaliza Sirbescu after the owner “brought it to her out of curiosity.”

The Grand Rapids man was apparently inspired to investigate after seeing news of meteorite hunters finding shards and selling them for thousands of dollars after a meteor sighting in January in the Detroit area.

The chunk of iron and nickel was later valued at $100,000 after the Smithsonian Institution verified the find, CMU said in a release.

The rock, which was initially used as a doorstop in the Edmore area for several decades after a farmer recovered it sometime in the 1930s, turned out to be Michigan’s sixth-largest meteorite, a university spokesperson said. Twelve have been found in the state, the release said.

The new owner came into possession of the meteorite after the farm was sold in 1988.