Roger Stone asks to disqualify judge from his case 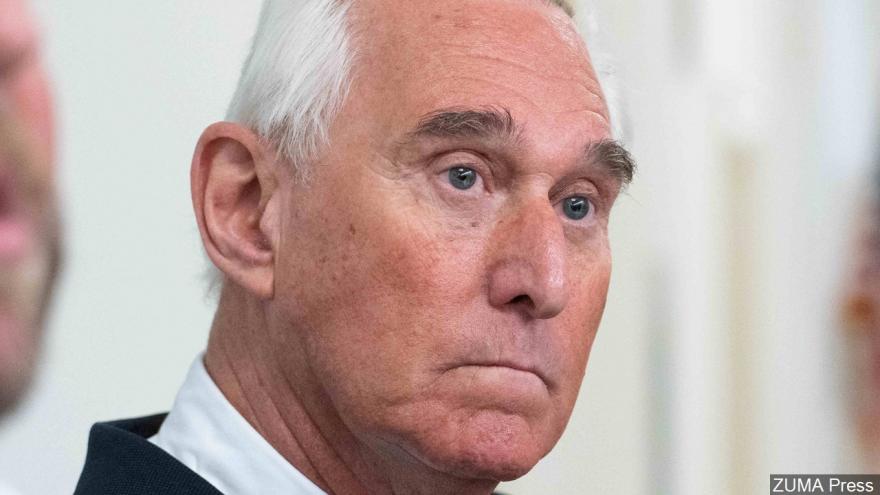 (CNN) -- Roger Stone is asking to disqualify Judge Amy Berman Jackson from his case, taking issue with her praise for the jurors at his sentencing Thursday.

She is still weighing his request for a new trial after Stone alleged juror misconduct.

Stone claims that Jackson's statement at his two-and-a-half-hour sentencing Thursday -- she said jurors "served with integrity" on his case -- should force her to recuse herself from his case now.

"The court's ardent conclusion of 'integrity' indicates an inability to reserve judgment on an issue which has yet been heard," Stone's lawyers wrote Friday night.

It's highly unlikely Jackson will agree to remove herself from the case because of Stone's request, though his team has made clear they're trying to build appeals for him.

Stone, a longtime showman, political strategist and friend of President Donald Trump's, was sentenced Thursday to 40 months in prison.

He was convicted last fall of lying to Congress and threatening a witness regarding his efforts for Trump's 2016 campaign.

Stone's sentencing was the culmination of an intense week that provoked Twitter fury from Trump and a reckoning within the Justice Department, leading a prosecutor to declare Thursday: "This prosecution is righteous." It's also the near-end of a case that's had several shocking moments that exposed Trump's interest in WikiLeaks during the campaign.

Jackson spent much of Thursday's hearing criticizing Stone's actions and also defended the Justice Department prosecutors at the center of last week's drama.

Trump has said he won't act to grant clemency to Stone right now, saying he wants the process to play out before making a decision.