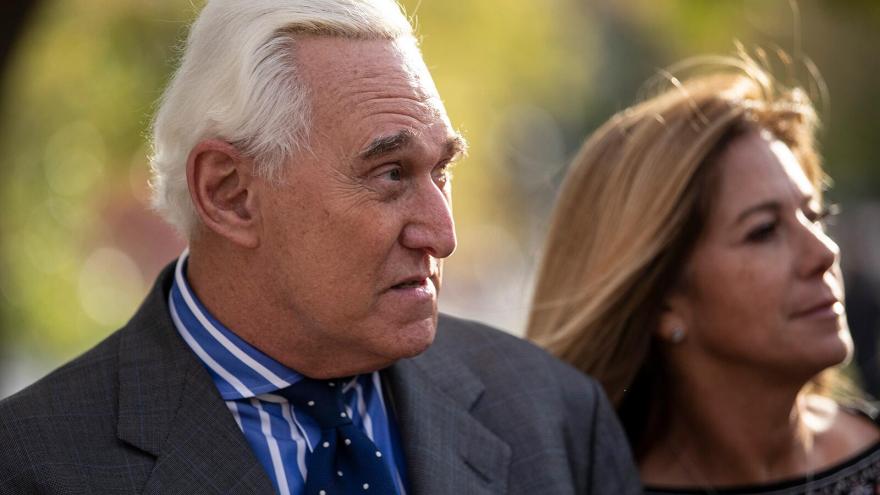 Roger Stone, former advisor to President Donald Trump, leaves the E. Barrett Prettyman United States Courthouse after he testified at his trial November 8, 2019 in Washington, DC. Stone dropped the appeal of his conviction.

(CNN) -- Convicted felon Roger Stone, who avoided more than three years in prison when his longtime friend President Donald Trump commuted his sentence last month, has told a court he'd like to drop the challenge of his criminal conviction.

Stone gave little reason for his concession in a sworn statement filed to the DC Circuit Court of Appeals on Monday night, but on his website said that "my attorneys have convinced me that the odds of victory were slim."

"It is time for me to move on with my life with my family, friends, and supporters," Stone said. "I regret not going forward with the appeal to fully expose all that happened, with the hope that by doing so, I could help prevent it from happening to anyone else ever again; but I had to decide based on what is best for me and my family."

Stone was convicted in a jury trial last November on seven counts of lying to Congress, obstruction of Congress and witness tampering related to his attempt to cover up his efforts for the 2016 Trump campaign to obtain stolen Democratic documents. His conviction stood even after he received the President's commutation in July, and he had vowed to try to clear his name in the court system.

"I have been fully informed of the circumstances of my case and the consequences of a dismissal, and I wish to dismiss the appeal," Stone wrote under penalty of perjury on Monday.

His appeal sought to invalidate a Washington jury's unanimous guilty verdict on all counts, by claiming the trial judge had erred and jurors were prejudiced against him.

Stone's commutation in July was the last time Trump has used his clemency powers to forgive a criminal defendant, according to the US pardon attorney. Trump, at the time, seized the moment to call Stone a victim of the Russia investigation. The White House said in a statement about Stone in July that he deserved "every opportunity to vindicate himself before the courts."

That effort now has apparently ended. The case was a long shot to begin with, according to Stone's own admissions leading up to his commutation.

The development in court Monday came on the first night of the Democratic National Convention, and hours after Trump had told members of the White House press corps that he planned to pardon someone "very, very important" on Tuesday.

Trump said his planned pardon would not go to his former national security adviser Michael Flynn, who is still engaged in appeals over his guilty plea, or to Edward Snowden, the former intelligence contractor-turned-whistleblower.